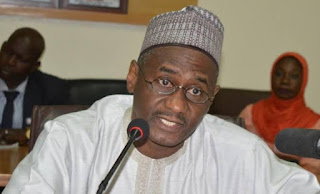 President Muhammadu Buhari’s kinsman, and former Executive Secretary of National Health Insurance Scheme (NHIS), Prof Usman Yusuf, has said allegations claiming the Fulanis own Nigeria are false. He said unlike the Fulani, Igbos have a presence across the country, owning lands and exotic landed properties in the North, something he said Fulanis would not be allowed to own in the Southeast.

He also said the fact that a Fulani man occupies the Villa, does not translate to owning the country. He then suggested that the Fulani would be more than happy to exchange the presidency for all the material wealth Igbos own in the North.

Prof Yusuf made the comment in an interview with Daily Sun.

“Does any Fulani own a hotel; all the hotels in Abuja and land are owned by the Igbo; is Abuja Igbo land? Can Fulani own in the East what Igbo own in the North? No. If you have never been to the North, come and see the landed properties that the Igbo have, which the Fulani do not have and cannot have in Igbo land.

“Whoever that says Fulani man owns Nigeria, let him come and say how. Fulani man occupies Aso Rock, and so what? An Igbo man should come and occupy Aso Rock and give the Fulani all the material wealth he has in the North. That is nonsense. Igbo own all the hotels, they own banks, and Yoruba own the newspapers and banks, what do the Fulani own. It is just sentimental nonsense.

On concerns over comments by Miyetti Allah Cattle Breeders Association of Nigeria (MACBAN), to set up its own security outfit in all 36 states to protect their people across the country, Yusuf said the fear is due to ignorance not domination.

He said, “Igbo people don’t really understand the association, and they give it prominence more than what it is. Miyetti Allah in Fulfulde means ‘Thank God’ and they are just protecting their cattle rearers.

“Cattle rearers never come to the cities, yet every community should protect itself since the federal government has failed; there are no enough police, no enough soldiers, and people are being killed all over. Yes, we may get to that level where communities have to take responsibility for their own security.