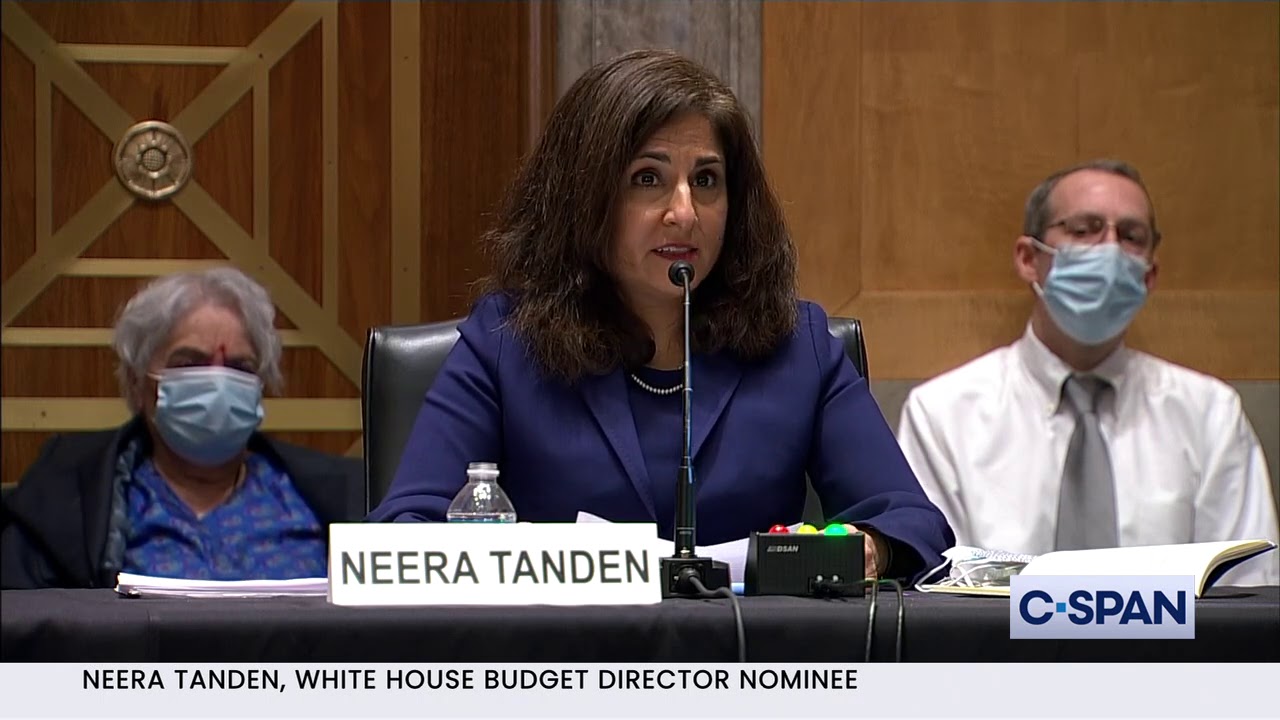 President Biden often professes a belief in redemption. Republicans, whose party has an elephant as its symbol, have long memories. When it comes to Neera Tanden, whom Biden nominated to head the White House Office of Management and Budget, something has to give in that tug-of-war.

It didn’t take long for the opposition party to discover evidence that Tanden, a keenly partisan operative from the Clinton wing of the Democratic Party, on numerous occasions had failed to live up to the new president’s standard for unity and decency in government. Using Twitter as her platform, she described Sen. Susan Collins of Maine as “the worst,” Sen. Tom Cotton of Arkansas as a “fraud,” and said that vampires have more heart than Sen. Ted Cruz.  She linked Bernie Sanders to Russia and while calling Senate Republican Leader  Mitch McConnell  “Moscow Mitch.” She also compared him to “Voldemort.”

Tanden has since said she’s sorry, including a specific apology for that comparison of the current minority leader to the evil undead wizard. But Sen. Joe Manchin isn’t satisfied. The swing-vote Democrat from West Virginia announced Friday that he would oppose her nomination.  “I believe her overtly partisan statements will have a toxic and detrimental impact on the important working relationship between members of Congress and the next director of the Office of Management and Budget,” Manchin said in a written statement.

This makes Manchin the first Democrat to oppose one of Biden’s Cabinet nominees. It also signals that White House officials can’t automatically count on getting their nominees through a 50-50 Senate, even with Vice President Kamala Harris able to cast tie-breaking votes. If the Tanden nomination is troubled, some were whispering over the weekend, what about the president’s other controversial picks, such as Xavier Becerra to lead Health and Human Services?

Tanden’s chances were further damaged Monday when Collins, considered a possible Republican vote in favor of confirmation, announced her opposition. “Congress has to be able to trust the OMB director to make countless decisions in an impartial manner, carrying out the letter of the law and congressional intent. Neera Tanden has neither the experience nor the temperament to lead this critical agency,” Collins said in a statement. “Her past actions have demonstrated exactly the kind of animosity that President Biden has pledged to transcend.” (Mitt Romney added his voice to the “no” chorus on Monday, saying through a spokesman that  Tanden’s “thousand mean tweets” are at odds with a “return to comity and respect.”)

Still, Biden was bullish when asked about his imperiled, and previously impolite, OMB director-designate, telling reporters Friday, “I think we’re going to find the votes to get her confirmed.”

On Monday, White House spokeswoman Jen Psaki doubled down on White House support, tweeting: “Neera Tanden=accomplished policy expert, would be 1st Asian American woman to lead OMB, has lived experience having benefitted from a number of federal programs as a kid, looking ahead to the committee votes this week and continuing to work toward her confirmation”

Over the weekend, a source inside the confirmation effort told RealClearPolitics that Biden thinks Tanden would be “an incredibly successful budget director as far as helping turn our economy around during this time of crisis. And gauging from her strong backing, ranging from the business community to the labor movement, he’s not at all alone.”

Tanden has already had over 35 meetings with senators from both parties. She is also scheduled to meet with Sanders, who now chairs the Senate Budget Committee, which is expected to vote on her nomination this week. The Biden team has pointed to backing for Tanden from across the ideological spectrum.

Mark Holden, formerly the general counsel of the libertarian-leaning Koch Industries, sent a letter of support to the chairmen of the Senate Homeland Security and Governmental Affairs Committee and Senate Budget Committee.

“Ms. Tanden and I do not agree on many issues. But even when we did not agree, I found her to be a person of principle who would listen respectfully and respond thoughtfully,” he wrote in a letter. There were other letters too, from the U.S. Chamber of Commerce, the Communications Workers of America, and one signed by more than 100 public health experts, all backing her nomination.

They were addressed to the committee chairmen involved, specifically Sens. Gary Peters and Sanders — the kind of public correspondence designed to put pressure on them, as is normal on Capitol Hill. But the Biden team has something else working for it: outside Republicans advocating publicly to forgive Tanden.

For instance, they can point to support from Bill Kristol, the editor at large of the conservative Bulwark magazine, who wrote that Tanden was “the right person for the job” — despite her history of unkind words — because everyone “should want a tough-minded OMB head.”

Now the president of Purdue University, Daniels wrote an op-ed in The Washington Post in which he noted that Republicans certainly have “legitimate grievances” after Senate Democrats forced over 300 cloture votes to obstruct Trump nominees. He wrote also that Tanden “tweeted or otherwise emitted a number of unkind, personal nastygrams aimed at some of those who now will consider her nomination.”

His assessment? “Shame on her.” But his larger conclusion, one in line with Biden’s crusade for a return to decency, was that “in the recent toxic wasteland of national affairs, if we disqualify everyone who ever unleashed a smarmy or juvenile cheap shot, we’d have very few people left in Washington.”

Daniels is not naïve about how D.C. works. Nicknamed “Mitch the Knife” while OMB director, he related some of his own personal battles with Tanden when she headed the liberal Center for American Progress. Once, he writes, her organization had him kicked off a panel because of his previous disagreements with her over policy.

But that is in the past, Daniels wrote. The future can be more bipartisan: “Confirmation of Tanden in particular would demonstrate a willingness, not seen often in recent days, to overlook the personal and the petty, to honor the biblical injunction and ‘return no one evil for evil.’ I’m presuming here that senators are, as they frequently claim to be, troubled by the harshness and crudity of our current political discourse. So, here’s a chance to demonstrate it, along with a degree of magnanimity.”

Daniels’ own magnanimous overture gave some hope over the weekend to some of Biden’s lieutenants, who circulated his words among interested parties. They know that the fight over the previously ill-tempered nominee could be emblematic of things to come. Their preference, of course, is that the Senate accept Tanden’s apology and move on. But that’s now up to the very people Neera Tanden insulted.