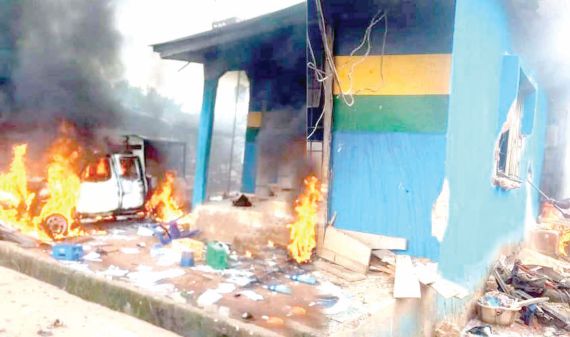 A few weeks after the attack and burning of Omoba Police Station in Isiala-Ngwa South Local Government Area of Abia State, hoodlums in the wee hours of Tuesday, ransacked and burnt Abayi Police Station, Aba.
New Telegraph learnt that the hoodlums killed an Assistant Superintendent of Police (ASP) and a police Corporal during the attack.
It was gathered that the attack took place at 2:30 a.m., taking the police officers unaware and also made away with arms.
A police source, who spoke to our reporter anonymously, said that the situation has created more tension in the city, as officers are now working in fear.