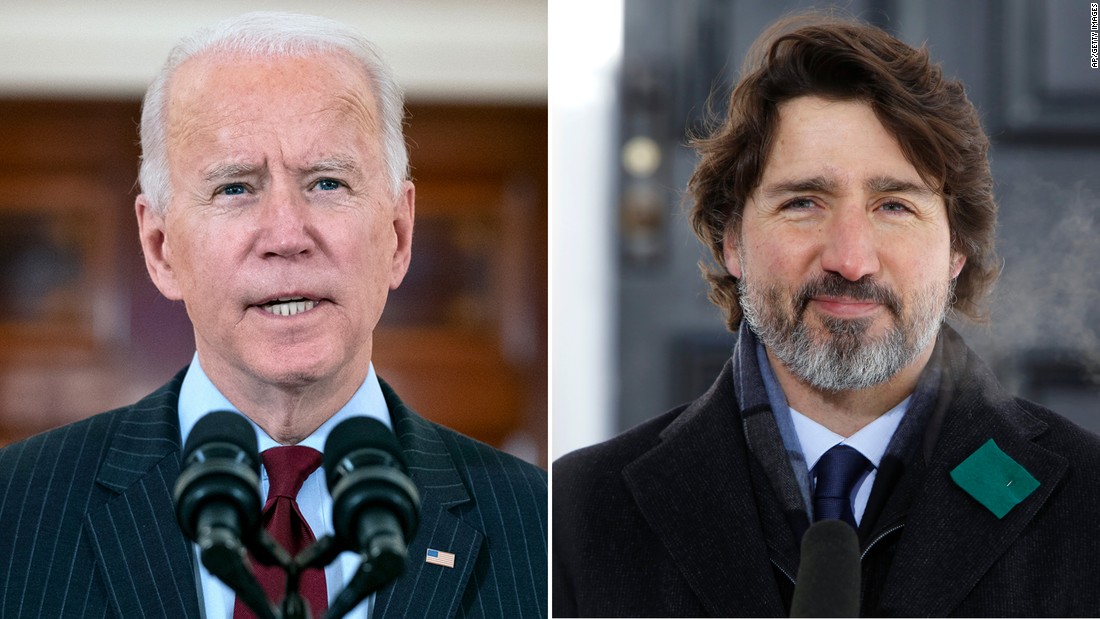 In-person visits from foreign leaders are still off-limits as the novel coronavirus continues to rage. So Canadian Prime Minister Justin Trudeau will beam into the West Wing from Ottawa, his bearded visage positioned next to Biden on a large screen as each man does his best to replicate the traditional choreography of a White House bilateral meeting.

There won’t be a handshake. But there will be opening remarks and a photo-op of the men sitting next to each other. The meeting between the two leaders will later expand into a session with Cabinet members, including the secretaries of State, Defense, Homeland Security and Transportation, who will speak to their counterparts over video-conference. And to conclude, Trudeau’s face will pop up again from the State Floor of the White House, where he will deliver a joint statement alongside an in-the-flesh Biden.

It’s not necessarily how Biden, who puts a premium on cultivating personal relationships with foreign counterparts, might prefer to conduct his debut bilateral meeting. But with the US-Canada border still closed and the administration intent on modeling its own pandemic guidance, the virtual meeting will have to do.

The two leaders are expected to produce a “road map” for reinvigorating collaboration between their countries that will guide areas such as climate change and the economy, administration officials said, characterizing the result as superior to the static joint statement or communiqué that is the usual result of a bilateral meeting.

Sticky issues of cross-border trade are expected to arise. And the leaders will likely discuss China, including the detention of two Canadians who were imprisoned there after Canada arrested a Huawei executive.

The notion of meeting remotely is hardly new for most Americans, who are about to enter a second year of video-calls and virtual get-togethers. But former President Donald Trump had mostly ignored social distancing guidelines and continued welcoming foreign leaders…