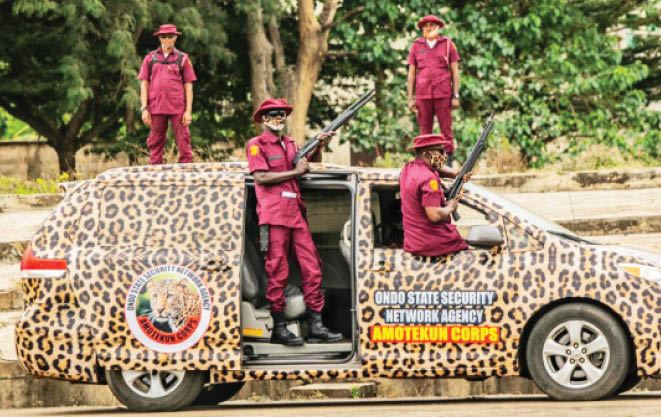 People’s Democratic Party (PDP) chairmen in Lagos, Osun, Ekiti and Ogun States have raised the alarm over plans by the Oyo State Governor, Seyi Makinde, to bring over 150 armed thugs dressed in the uniform of the Western Nigeria Security Network, codenamed Operation Amotekun, to Osogbo for the South-West Zonal Congress on Monday.

The State Chairmen, who spoke through the Ogun State PDP Chairman, Dr Sikirulai Ogundele, said presence of anyone in Amotekun uniform anywhere near the congress venue will be resisted.

He called on the party’s National Working Committee (NWC) to ensure that only authorised security personnel and delegates are allowed into the congress venue.

Sikirulai said; “We are aware that they want to bring in thugs under the guise of Amotekun and we are warning them to perish that idea because it will be resisted.

“The main ideal behind the creation of Amotekun is to secure Yorubaland from kidnappers and other criminals that are destroying our farmlands, killing our people and raping our wives and daughters.

“It is not the duty of Amotekun to monitor political party congresses and those behind this clandestine plot should get this very clear.

“We, therefore, alert the police and Department of State Service (DSS) in Osun State of the plot and urge them to warn those behind it of the consequences.”