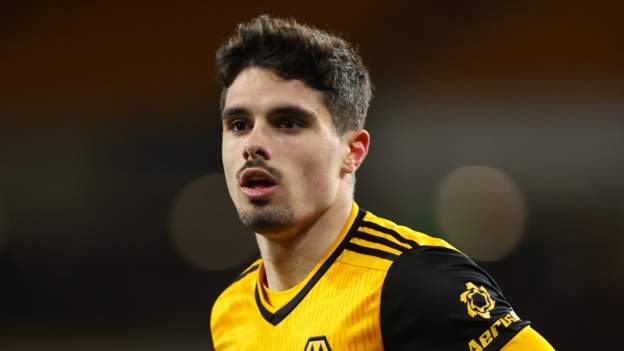 Wolves forward Pedro Neto will miss the rest of the season because of a knee injury.

Wolves said he has sustained a “significant” injury to his knee cap and will have surgery later this week.

It also means the Portugal international is unlikely to feature in this year’s delayed European Championships.

“Pedro Neto suffered a significant injury to his patella [knee cap] during the match against Fulham,” said Wolves in a statement.

“Following a review with a knee specialist in London at the weekend, surgery has been planned for later this week.

Back to Top
Close
X
The Hundred: ‘Wickets’ could be called ‘outs’ in new tournament…Sportshttp://www.bbc.co.uk/sport/cricket/56724330 There are eight teams in the new competition with many of the world's best players set to featureThe term …

Pedro Neto: Wolves forward out for rest of the season with knee injury