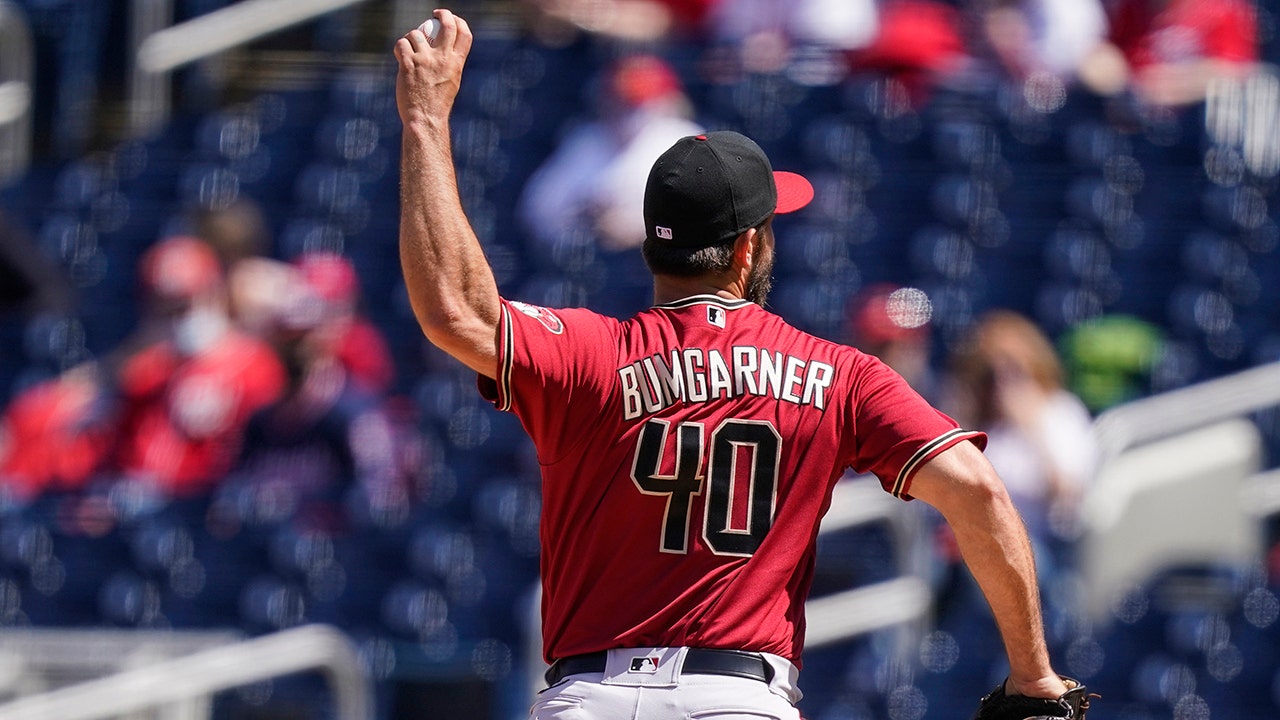 Madison Bumgarner had his best outing of the season, allowing a run over five innings as the Arizona Diamondbacks beat Washington 5-2 Sunday after Nationals starter Stephen Strasburg was a late scratch.

Bumgarner (1-2) gave up just two hits and dropped his ERA from 11.20 to 8.68 through four starts. He struck out five and walked one, helping Arizona split the four-game series.

Bumgarner back on track as Arizona beats Washington 5-2