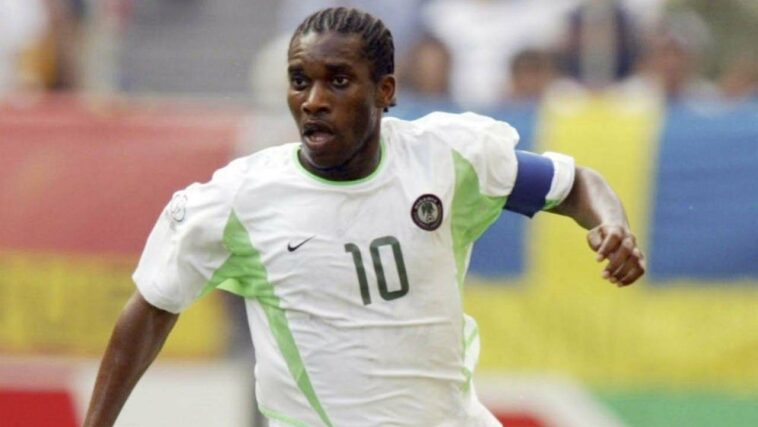 Okocha is among the ten players included in Shearer’s list. Shearer, who along with Thierry Henry is the first player in the newly formed Premier League hall of fame, said Okocha did things no other players did.

The Premier League all-time top scorer revealed he tried to copy some of Okocha’s skills, but he failed at every attempt.

“ He made the difficult things look easy, Shearer said on BBC’s MOTD

“I must’ve tried that flicking overheads a million times, and it’s never come off once. Gifted, natural ability, superb player,” he added.

Shearer’s opinion was also shared by Micha Richards, who said the former PSG star was one of the players he loved watching. Okocha spent four years in the English Premier League