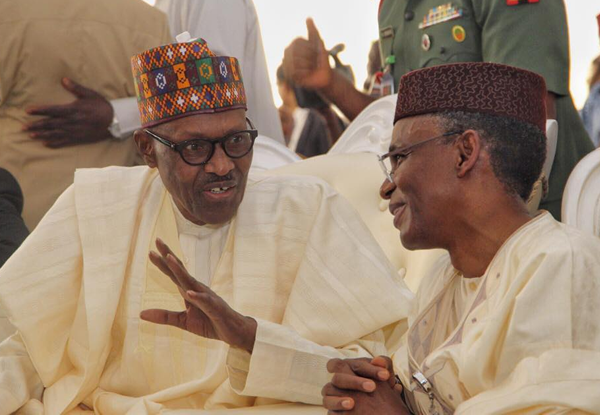 The Kaduna state government says Nasir El-Rufai, its governor, did not describe Buhari as lacking the mental and physical capacity to lead Nigeria.

The remark had been attributed to the governor in an online report.

In a statement on Saturday, Samuel Aruwan, Kaduna commissioner for internal security, said the claim is false.

He said those behind the publication seek to create “tension and confusion in the nation’s polity”.

Aruwan urged members of the public to disregard the platform “trying to pass off as a popular online newspaper to spread their mischief”.

Back to Top
Close
X
Why we planned to bomb bandits despite risk of killing kidnapped students – El-Rufai…Premium Times"when:24h allinurl:premiumtimesng.com" - Google News The Kaduna State Governor, Nasir El-Rufai, on Thursday, said the state government had p…