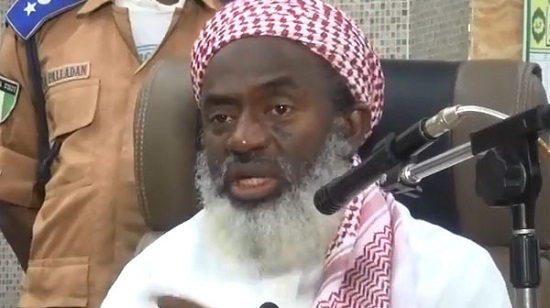 Ahmad Gumi, prominent Islamic cleric, says he will head to Aso Rock if his child is abducted by bandits.

Speaking in an interview with BBC Pidgin on Friday, the cleric reiterated his stance that ransom should be paid to bandits to free their captives.

On Wednesday, the cleric had urged the Central Bank of Nigeria (CBN) to pay the N100 million demanded by the abductors of Greenfield University students kidnapped in April.

Commenting again on the development, Gumi said the federal government has to choose between the option of saving the lives of students or paying the N100…

Back to Top
Close
X
Sweet Mother. For Whom?, By Bunmi Fatoye-MatoryPremium Times"when:24h allinurl:premiumtimesng.com" - Google News Many young women are questioning the whole idea of motherhood as necessary to a woman’s…

If my child is abducted, I won't keep quiet -- I'll go to Aso Rock