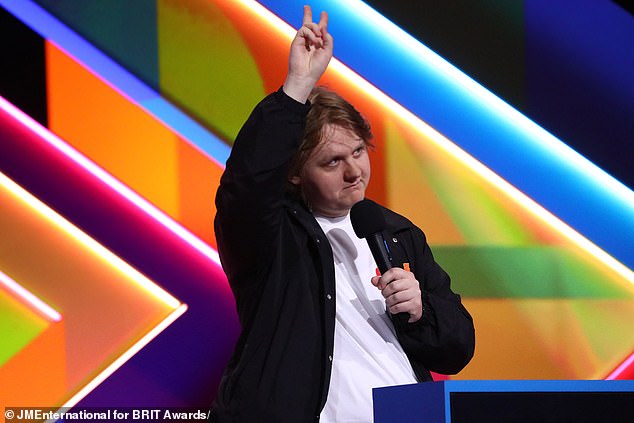 Lewis Capaldi’s surprise appearance at the 2021 Brit Awards left viewers in hysterics on Tuesday, after his expletive-laden speech was heavily censored by bosses.

The singer, 24, who took to the stage to present British Album, was muted multiple times after dropping the F-bomb during the live ceremony, despite his speech being aired after the 9pm watershed.

Despite his outburst, many fans took to social media to praise ‘hilarious’ Lewis for his foul-mouthed outburst, as the singer has been noticeably absent from the spotlight in recent months while working on his second album.