Giroud on fire in France rout

Is almost an embarrassment of riches available to Didier Deschamps’ French side not only in the striking department but throughout the entire squad.

Not to mention Chelsea’s Olivier Giroud. The former Arsenal man came on and scored twice for France as they beat Bulgaria 3-0 in their final preparation match ahead of the tournament. 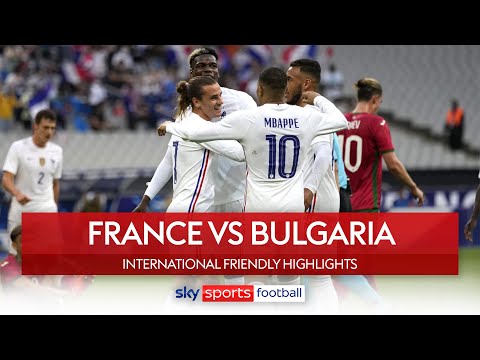 Whether Olivier Giroud starts many matches will be down to Deschamps’ use of Benzema. However, an injury could open the door for his former favourite.

The victory was marred by an injury to Real Madrid’s Karim Benzema. He went down in the first half and needed to go off.

Didier Deschamps brought in the 33 year-olds provide additional firepower after a significant time away from the international scene.

It will be a huge blow for Benzema to miss the tournament. However, positive news has come through that despite not taking part in training, the affliction is not serious.

RMC Sport’s Mohamed Bouhafsi revealed that he would return to light training in 2-3 days.

‘No worries for KB9! Karim’s muscle #Benzema deflated that night and the pain was less. Nevertheless, the star of #Real was not scheduled to train this Wednesday. He will resume his training path within 48 to 72 hours maximum,’ he wrote.

France play Germany on Tuesday at 7:45pm and will hope Benzema has recovered in time.

This Story First Appeared At The 101 Great Goals

Back to Top
Close
X
Will VAR be used at Euro 2020?Euro 2020Football London VAR drama has ben a regular feature in the Premier League this season, and the drama could continue at Euro 2020. The video technology…