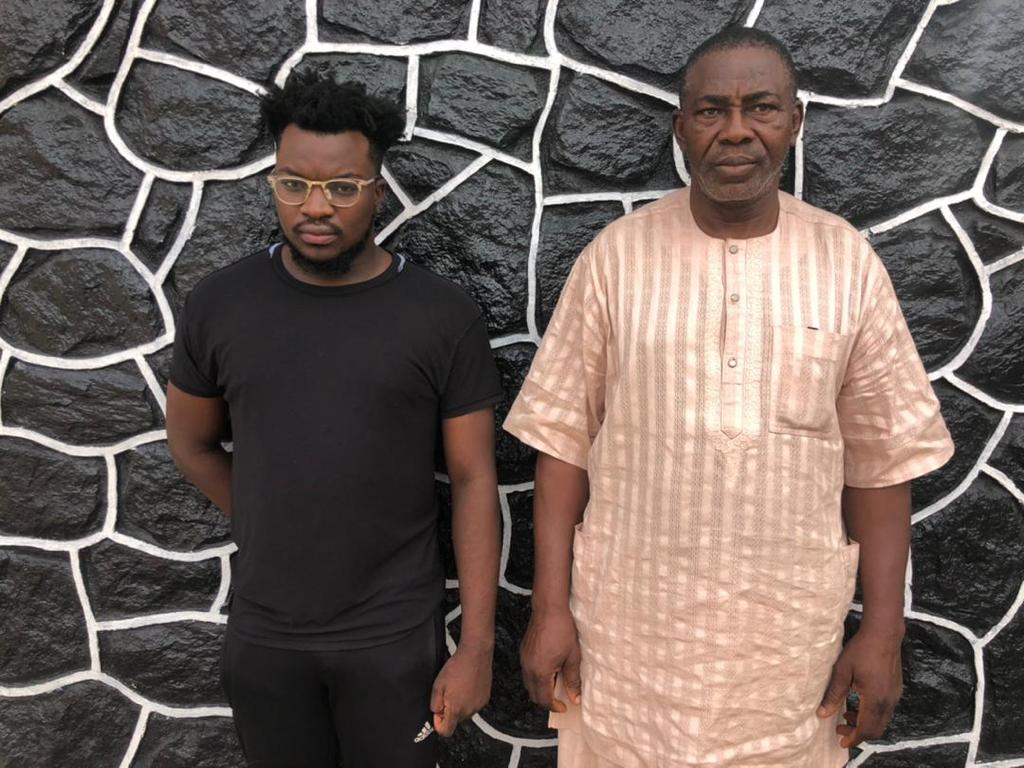 The Economic and Financial Crimes Commission (EFCC) is grilling a father, Isa Bola Bakare, and his son, Malik Giles Bakare over alleged conspiracy on computer-related fraud.

They were apprehended for allegedly obtaining money by false pretence and retention of proceeds of unlawful activities.

Malik was arrested by officers of the Nigeria Police, Force CID, Alagbon in Lagos on May 31, 2021, and handed over to the EFCC.

In a statement on Wednesday, EFCC spokesman, Wilson Uwujaren said Malik acted as a “middleman”.

“He connects internet fraudsters around the globe with pickers, and receives some percentage on every successful transaction”, it read.During preliminary investigation, the father appeared at the EFCC to claim the N46 million Range Rover SUV recovered from Malik.

Uwujaren said the senior Bakare was arrested after he failed to provide a satisfactory explanation of how he acquired it.

Items seized from the suspects include the vehicle, an iPhone 12 Pro Max, an iPhone 8 and “some incriminating items”.

The father and son will be charged to court after the conclusion of the full investigation.

Back to Top
Close
X
Lady stabs Boyfriend to death over Grasscutter Soup…Crime SceneNaija News One Prince Yaw Aboagye has been murdered by his girlfriend after denying her a taste of the grasscutter soup he made. Naija News learnt tha…