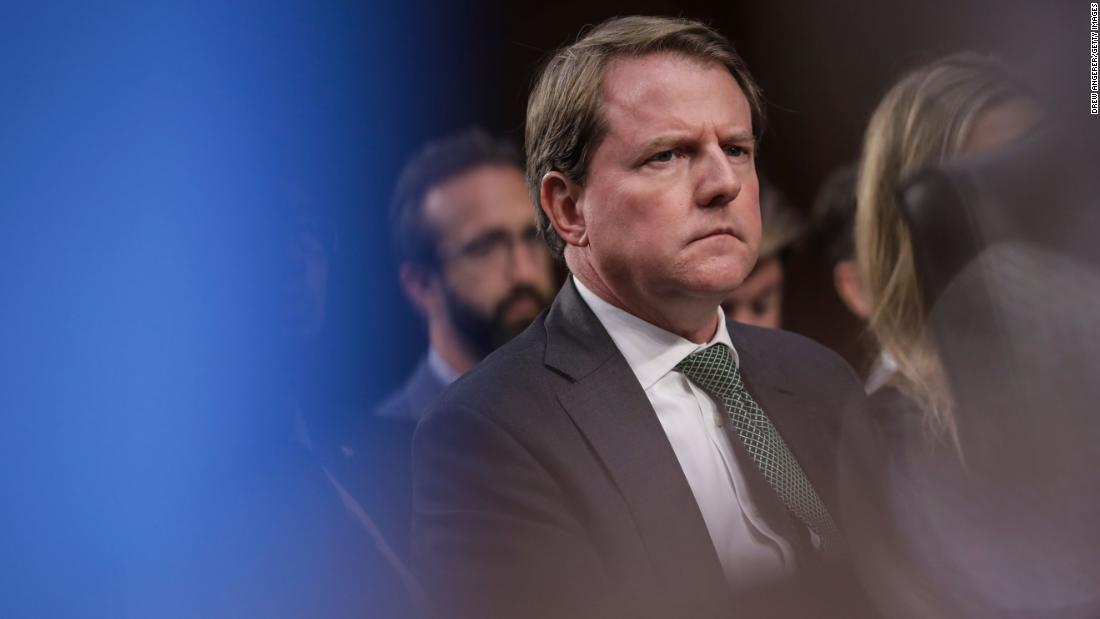 Democrats had sought to put McGahn on record before the House Judiciary Committee on some of the most pivotal moments of the Trump presidency, including when then-President Donald Trump directed McGahn to fire then-special counsel Robert Mueller and McGahn refused.

He had described Trump’s maneuvers extensively to the Mueller team, but the Trump administration had blocked him from repeating the interviews with Congress.

Though Democrats said they were pleased with the substance of the interview, McGahn’s retelling of his interactions largely reaffirmed Mueller’s final, public report,…

Back to Top
Close
X
Former Assistant FBI Director suggests Congressmen, Trump officials should be arrested for Capitol r…United StatesYahoo Frank Figliuzzi, who served as assistant director for FBI Counterintelligence under Obama, said Tuesday that members of Congress as well as cert…