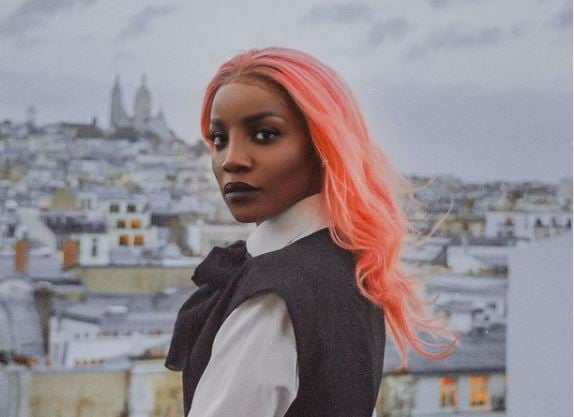 Seyi Shay, Nigerian singer, has given her side of the story on what led to her clash with Tiwa Savage, her colleague, at a Lagos hair salon.

TheCable Lifestyle had reported how the pair engaged in a heated war of words at the facility in the Lekki axis of the state on Tuesday.

But in an audio conversation obtained by PulseNG, the singer said the drama started 20 minutes after she greeted Tiwa at the salon.

According to Seyi, her decision to greet Tiwa was to douse the tension building up immediately after she entered the salon.

She also explained that she felt the pair had put their lingering feud behind, having met on several occasions and exchanged pleasantries.

The ‘Pempe’ crooner alleged that minutes after greeting Tiwa, the ‘Koroba’ singer, however, came back and started screaming at her.

Seyi also noted that the misunderstanding between them was beyond her cover of ‘F*ck You’, Kizz Daniel’s hit song, wherein she dissed Tiwa in 2019.

“She’s definitely angry about something but it cannot be about this #FvckYouChallenge. We’ve even entered private jet together, we’ve taken pictures together,” she said.

Seyi also claimed that Tiwa started cursing her that she would never have a child of her own.

“First of all, I was confused on how a mother could swear on her son’s life. I was shocked to hear that. She was just so discomforted and was shouting,” she added.

“I asked her what informed her rage and she told me that I have a dirty spirit. But in my mind, I reasoned that it takes dirty spirit to know another.

“Others tried to calm her down but she was so angry that she was trying to attack me. I don’t know if it’s about the whole slander she’s been getting in the recent months, but that’s not my fault.

“The part I didn’t see in the video online is when said, ‘Seyi, you’ll not have a child, God will not give you one because you have a bad spirit. I know you’re looking for a child.’

“I was really stunned to hear that. Her comment got to me because I have had a miscarriage before and I knew the kind of pain that I felt going through that. So, for another woman not only to body shame you but tell you God will not give you a child after, at that point, I knew she was really out for me and has nursed the anger for long. Who told her that I’m looking for child, is she stalking me?

“I didn’t respond to be sure she doesn’t have anything against me or say I attack her later. She could have easily said Seyi, don’t talk to me, I’m not your friend. But she started screaming.”

Seyi said she had remained quiet over the years despite what Tiwa had done to her, including allegedly stealing ‘Lova Lova’, a song she co-wrote with Ceeza Milli.

“This is the same person that took my song, ‘Lova Lova’, one of her biggest songs ever. I composed that song with…but when I called her that I co-wrote the song, she said she didn’t believe what I said and refused to compensate me,” she said.

“She was the same person who attacked a popular artiste we all know because she featured on my song after he also featured on her own. She also approached a popular brand to withdraw me as their ambassador. All these that have been going on for years that I said nothing about… it’s just unfortunate.”

This Story First Appeared At The Cable

Back to Top
Close
X
‘Your ny*sh is the dirtiest in this industry’; Tiwa Savage, Seyi Shay fight dirty in sal…EntertainmentBy Motolani Alake Seemingly, this was the first time Savage and Shay have said hi to each other since Kizz Daniel’s viral #FvckYouChallenge in 2019, d…

‘Tiwa tried to attack me, said I’ll not have a child’ — Seyi Shay breaks silence