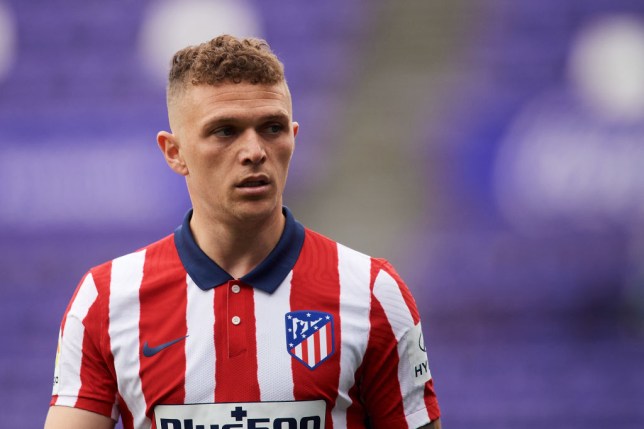 United want to sign the former Tottenham star this summer with Ole Gunnar Solskjaer said to be eager to strengthen his options at right-back.

Trippier helped Atletico win the Spanish title in May and while Diego Simeone’s side are intent on keeping the player, the 30-year-old is thought to be keen to return to the north west of England.

The former Burnley defender joined Atletico from Tottenham in 2019 for a fee of around £20m.

According to Mundo Deportivo, United have seen an opening offer of €12m swiftly rejected by the Spanish side, a fee they consider ‘clearly insufficient’.

And Atletico’s current position is that Trippier will only leave if his €40m release clause is met.

Borussia Dortmund’s Jadon Sancho is United’s chief transfer target this summer but the club are also looking for competition for Aaron Wan-Bissaka at right-back, in addition to a new centre-half.

Formerly on the books of rivals Manchester City as a schoolboy, Trippier grew up as a United fan and has reportedly already started looking at houses in the area.

Atletico however are determined to hold onto a player who they see as a key member of their squad.

Back to Top
Close
X
Georginio Wijnaldum signs a three-year deal with PSG…Premier LeagueMirror Paris Saint-Germain have announced the signing of Gini Wijnaldum after his decision to leave Liverpool on a free transfer. Wijnaldum had been w…