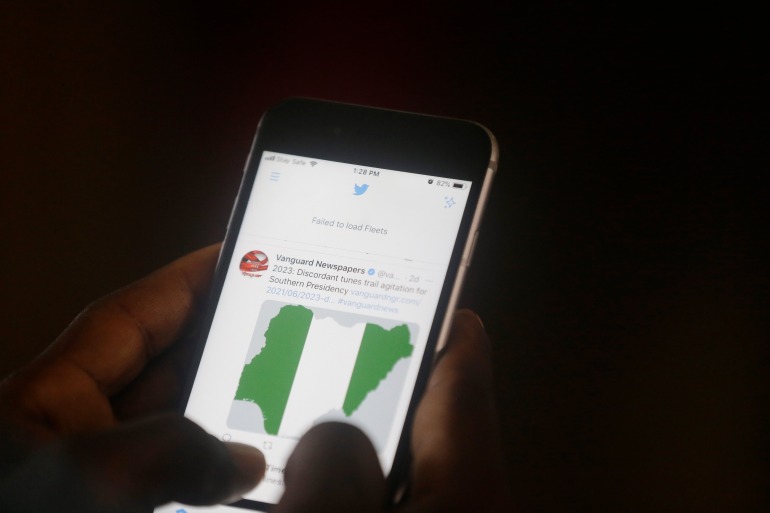 When on October 14, 2020, I saw Twitter CEO Jack Dorsey’s tweet “Donate via #Bitcoin to help #EndSARS”, I knew that he would eventually run into trouble with the Nigerian authorities. No government in the world would have offered him a pat on the back for inviting donations to a movement that shook the foundations of its power.

From the Nigerian government’s perspective, the tech giant founder had helped increase the country’s internal crisis by leveraging his huge global reach to appeal for funds for protesters, who were chanting not only “EndSARS” but also “Buhari must go” in the streets of Lagos. There are a million and one respectable ways for a government to react, but the current Nigerian government did not find one.

So when on June 2, Twitter deleted a tweet by President Muhammadu Buhari referring to the 1960s civil war in southeast Nigeria and threatening violence, the response from the Nigerian authorities was swift. On June 4, the information ministry announced that it was suspending the social media platform in the country.

Make no mistake: Buhari’s deleted tweet was the climax – not the trigger – of the Nigerian government’s anger with Twitter. Its real problem with the platform is its status as the most prominent tool for civic slating of Buhari’s underwhelming government. This reached a head during the #EndSARS protest, probably Nigeria’s most organic protest in its recent history.

Surely, that protest could not have happened without Twitter. It was the platform on which victims of police brutality shared their sufferings at the hands of the men in black from the infamous Special Anti-Robbery Squad (SARS). Having spent days in a police cell and in prison undercover myself, I knew the majority of these stories were true.

In early October 2020, news of SARS officers harassing Nigerian youth and in one case, killing a young man, trended on Twitter and caused outrage across the country. This triggered a continuous outpouring of similar experiences shared by victims, which inflamed public anger and pushed many to take to the streets to demand the disbanding of SARS.

The biggest open secret in Nigeria about the protest was that the government hired thugs to attack protesters and infiltrate and discredit their movement. It is on record that state agents invested a lot of effort in covering up the deaths and injuries from the October 20 military raid that brought the protest movement down.

Eight months after the end of the demonstrations, Twitter remains the only platform where these events are sporadically revisited, sometimes on the 20th day of the month but many times without any specific reason. Twitter remains a thorn in the flesh of the Nigerian government, the one lasting remembrance ground for the blood that was shed at the Lekki Toll Plaza in Lagos on October 20, 2020.

Speaking shortly after Twitter removed Buhari’s tweet, Minister of Information Lai Mohammed accused the social media platform of “funding #EndSARS protesters”. He also criticised Twitter for its failure to delete incendiary tweets by Nnamdi Kanu, leader of the secessionist Indigenous People of Biafra (IPOB), who is calling for the creation of an independent state (Biafra) in southeast Nigeria.

But Mohammed ignored the fact that Buhari’s tweet was massively reported by the public. Furthermore, Kanu’s secession-inciting tweets are nothing compared with the weight of a president threatening citizens with the treatment dished out during a civil war remembered for the genocide suffered by people in Nigeria’s southeast.

Buhari’s government exists – supposedly – on the mandate of the people; Kanu exists because of the failures of the government. Therefore, the two parties cannot be charged with the same levels of responsibility to the public. That this government cannot see the divisiveness of Buhari’s tweet is quite disturbing.

As far as IPOB is concerned, it is a self-made problem. Twitter merely serves as the amplifier of growing grievances. Many of those who reported Buhari’s offensive tweet have no sympathy for IPOB, but they are worried about the government’s obsession with Kanu and his people at the expense of more glaring and devastating threats to Nigeria’s existence.

In 2017, the Buhari government had the army declare IPOB a “militant terrorist group” in violation of the country’s Terrorism Act, which stipulates that only a judge can make that declaration, before subsequently acting in accordance with the law. Four years later, it still has not mustered the courage to so declare militants from herder communities as terrorist groups, despite their designation in 2015 by the Global Terrorism Index as the fourth deadliest terror group in the world after Boko Haram, ISIS and al-Shabab.

Just a few days ago, militants killed at least 25 and razed houses, shops and a palace in a town in Nigeria’s southwest, but they are not yet terrorists because of Buhari’s apparent bias for herders, being one himself. Bandits are terrorising Nigeria’s North; since December, they have abducted close to a thousand people and their unofficial spokesman Sheikh Abubakar Gumi often burnishes their image in the media. Still, to the Nigerian government, killers and kidnappers are no terrorists.

Minister Mohammed’s claim that Twitter has become a platform for “activities that are capable of undermining Nigeria’s corporate existence” is implausible. The biggest threat to Nigeria is the lack of inspirational governance.

Nigerians are hungry. The naira continues to weaken. People’s purchasing power is decreasing. Unemployment is biting. Quality healthcare is lacking. Herdsmen, bandits and militants are killing people with impunity.

Solve these problems and watch Kanu disappear into obscurity. Nobody will listen to him if they have food on their table. Nobody will join the June 12 demonstrations, which some activist groups are calling for to protest the Twitter ban, if they were healthy and gainfully employed. June 12 is a significant day in Nigeria’s history because it was the date of Nigeria’s freest and fairest election, held in 1993. The result was annulled by the then dictatorial regime of Ibrahim Babangida.

Good governance is the ultimate secret to securing Nigeria’s corporate existence. Twitter, which Buhari used in 2015 to call on Nigerians to condemn the failure of the Jonathan government, cannot suddenly be the problem in 2021. It should not be taken away from the people currently using it to criticise his failings – unless, of course, he is saying we can count the remaining two years of his tenure an accelerated waste.

The views expressed in this article are the author’s own and do not necessarily reflect Al Jazeera’s editorial stance.

Back to Top
Close
X
#Twitterban: Nigerian leaders do not believe in Nigeria…OpinionPunch Until recently, I had believed that the biggest threat to Nigeria’s corporate existence was hunger. Following the shenanigans of the past week w…

Buhari has 99 problems, but Twitter is not one of them

X
Twitter blocked, journalism threatened in Nigeria…OpinionReporters Without Borders (RSF) is alarmed by the Nigeria government’s decision to suspend Twitter throughout the country after the social media platf…