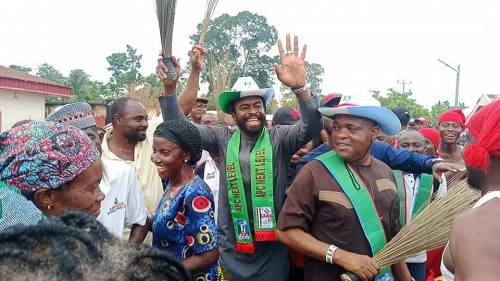 Edward popularly called Prince 7 decamped to the ruling party together with a multitude of his supporters at Usumutong/Abeugo council ward in Abi Local Government Area of Cross River state on Wednesday, June 9


The Director General of the Conference of APC Support Groups, Comrade Obidike Chukwuebuka, who was present at the defection ceremony congratulated Prince Edward on his decision to abandon PDP.

X
Nigeria’s House Of Representatives Drops Plan To Scrap One-Year National Y…Premium TimesLatest News The House of Representatives Committee on Youths has said there is no plan to scrap the National Youths Service Corps (NYSC). The chairman…