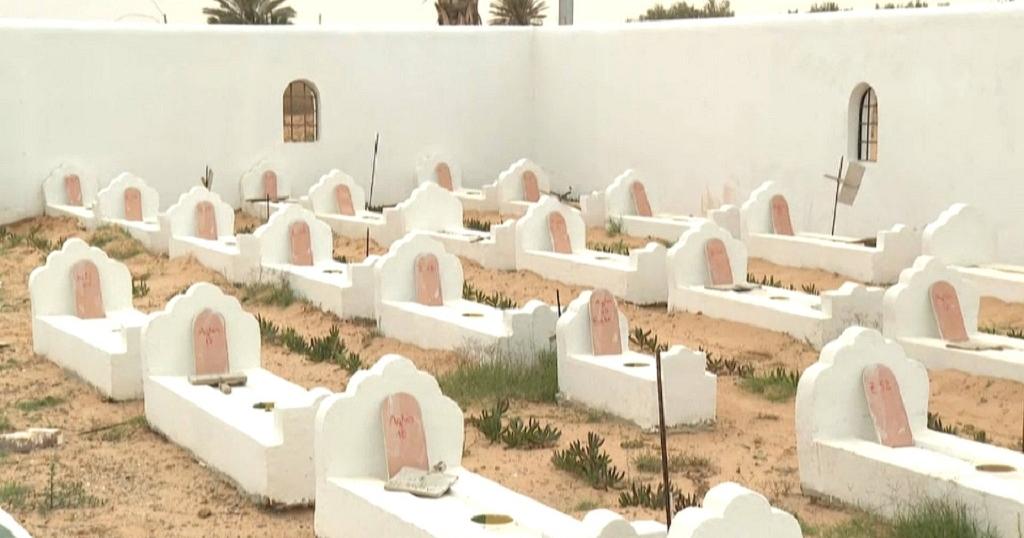 Migrants who drowned while crossing the Mediterranean in search of a better life in Europe have a cemetery carved out for them in Tunisia, but the place is reportedly nearly half full— even before it is officially inaugurated.

Some of these migrants drowned after the overloaded boats they boarded capsized throwing them into the cold sea. In some cases they still have to face extortion from “gangsters and terrorists.

Vicky, a Nigerian woman who was rescued from a shipwreck, said looking at the graves she is filled with grief.

“It’s a lot of lives lost here, and a lot of people who wanted to go to Europe and could not make it. Many people who have families, now they are looking for them, not knowing they are dead, so seeing these graves makes me feel very sad.”

Tunisia and neighboring Libya are key departure points for migrants, many from sub-Saharan African, who attempt the dangerous crossing from the North African coast to Europe, particularly Italy.

The locals hope that after the inauguration of the last cemetery, UNESCO and other the international movements would help in financing the construction and building of more cemeteries.

Many of those buried there remain nameless for now, so the headstones bear grim and scant information about them.

One is inscribed with the words: “Woman, black dress, Hachani beach”, indicating the location where she was found.

The rescued Nigerian, Vicky says seeing the graves, she is certain she doesn’t want to ever try crossing the sea again.

DNA analyses are been carried out on some of the bodies, with the hope that their families might be able to find them someday.

The cemetery is to be formally inaugurated on Wednesday by Audrey Azoulay, head of the UN’s cultural agency UNESCO.

In early May, the UN’s refugee agency UNHCR said that at least 500 people had died trying to cross the Central Mediterranean this year, more than triple the 150 in the same period of 2020.

Koraichi, whose brother was swept away by a current while swimming for leisure in the Mediterranean, funded the cemetery by selling some of his artwork.

His brother’s body was never found and he hoped that others would be lucky enough to find the body of their loved ones and say goodbye.

They have named this project, “Honoring the nameless.”

Back to Top
Close
X
FIJ EXCLUSIVE: How ex-UI VC Idowu Olayinka ‘mismanaged’ N1.1bn…RifsFIJ There is a huge ruckus at the University of Ibadan, Oyo State, over a petition detailing wide-ranging corruption, abuse of office and mismanagemen…

In Tunisia, migrants who drowned crossing the Mediterranean are given a "dignified'' burial