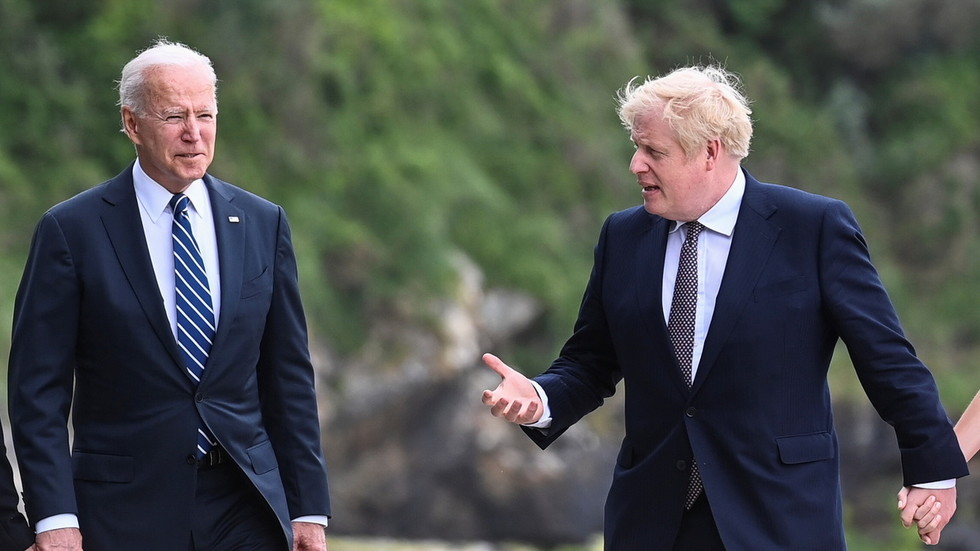 US President Joe Biden and British Prime Minister Boris Johnson have updated their World War II-era ‘Atlantic Charter’. The agreement promises a return to the full-throttle liberalism that the Trump administration interrupted.

Biden and Johnson met in St. Ives, Cornwall, on Thursday, in a bilateral sit-down before the G7 summit kicks off on Friday. Though the two had plenty to disagree on – the impact of Brexit on the fragile peace in Northern Ireland for example, they seemed to emerge from their meeting the best of friends.

Johnson described dealing with Biden as “a…

Joe Biden and Boris Johnson sign ‘New Atlantic Charter’, but the world may have moved on