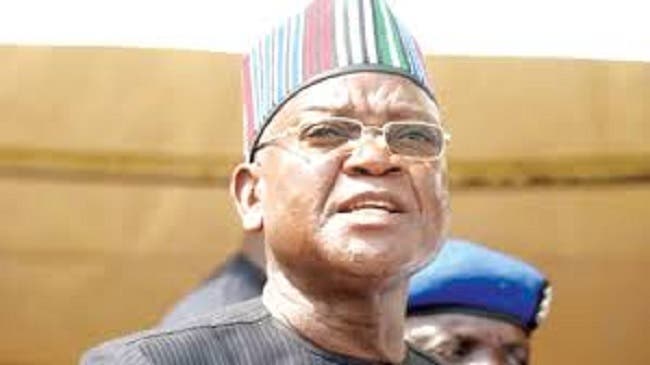 Governor Samuel Ortom of Benue State has said that the era of him crying over the killings in the state has come to an end.

Ortom said what is remained of his administration now was to take action and ensure that the suspected herders were returned eyes for eyes.

The governor made the assurance on Saturday during the press conference held to mark his second year of the second term in office at the government house, Makurdi.

t will be recalled that Governor Ortom had constantly cried over incessant attacks on the people of the state by herdsmen and did blame President Muhammad Buhari for the attacks.

Apparently drawing from the statement credited to President Buhari on a television station last Thursday that he had directed two South West governors to go and secure their states from rampaging herdsmen, Ortom said that it was time for action as he would no longer cry.

According to him, his administration had activated the vigilantes in the state and they would be strengthened to be able to confront external aggressors and protect their communities.

He said, “A few weeks ago, Benue stakeholders met and gave this administration the mandate to activate and implement the Community Volunteer Guards Law enacted in 2000.

“We have already commenced the process of recruiting responsible people of fifty years and below into the Volunteer Guards also known as Vigilante. The duty of the Volunteer Guards is to support and complement conventional security agencies in defending their communities. We have cried enough. We will cry no more, now it is action.

The governor who vowed that he would not repeal the ant open grazing law said that the incessant attacks but to amend the law to increase the penalties.

Ortom added, “Let me remind those who think that sustained attacks on Benue people will force us to repeal the Open Grazing Prohibition and Ranches Establishment Law that they are making a mistake.

” This law has come to stay and…