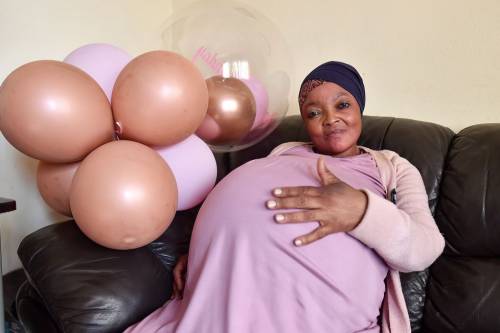 The Gauteng Provincial government of South Africa has said a claim by a woman Gosiame Sithole that she gave birth to 10 babies earlier this month is not true.

This was contained in a statement issued by the government on its official Facebook page.

According to the statement, no hospitals in Gauteng province have a record of ‘decuplets’ being born.

It also noted that medical tests show that Sithole had not even been pregnant recently.

The 37-year-old is now being held under the mental health act for observation and will be provided with support, the statement said.

It, however, did not elaborate on the reasons behind the fabrication of the story.

In a report by Pretoria News, the media outlet that first reported the story, it was stated that Sithole delivered the children on June 7 at Steve Biko Academic Hospital (SBAH) in the capital, Pretoria, saying staff were ill-prepared.

It accused the hospital and the provincial health authorities of trying to cover up medical negligence.

However, the statement said the allegations were not only false but also unsubstantiated and aimed at tarnishing the good reputation of Steve Biko Academic Hospital and the Gauteng Provincial Government.

The government also said legal action would be taken against the editor-in-chief of Pretoria News, Piet Rampedi.

The statement read, “Following reports published by the Independent Media group about a Gauteng woman having given birth to decuplets on Monday, 7 June 2021, the Gauteng Provincial government conducted a thorough check with all hospitals in the province to establish the veracity or otherwise of reports.

“None of the hospitals in the province, public and private, had any records of such births at their facilities.

X
Drama as news presenter demands for his salary on live TV…More NewsDaily Trust Zambian KBN TV got more than it bargained for recently when one of its newscasters embarrassed the station on air. Kabinda Kalimina, a new…