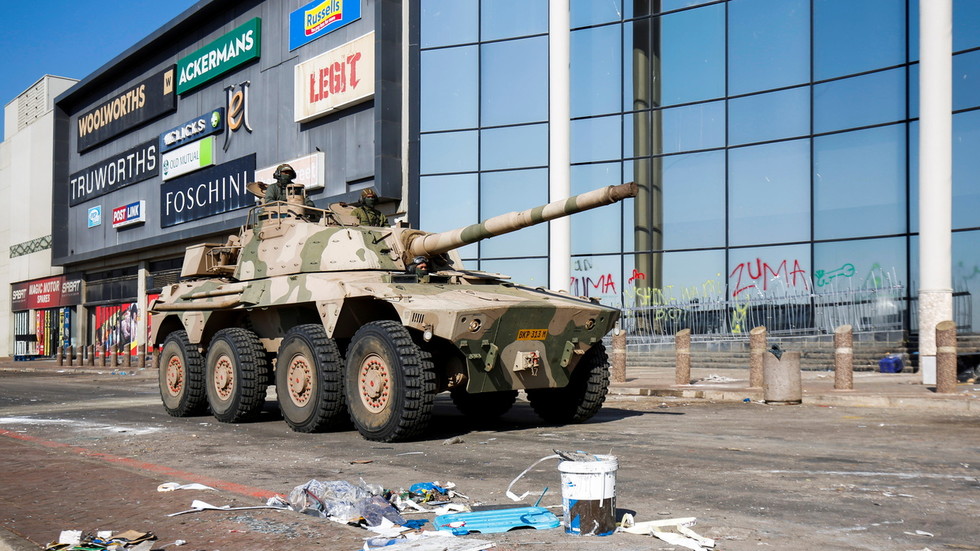 A South African cabinet minister has announced that the death toll from the looting and violence, triggered by the sentencing and arrest of former President Jacob Zuma, has risen to 212.

Speaking on Friday evening in a televised news conference, Acting Minister in the Presidency Khumbudzo Ntshavheni said the country had now registered 212 deaths since the violence erupted.

Just a day earlier, Ntshavheni had said there had at that point been 117 deaths in the two provinces primarily affected by the unrest, Gauteng and KwaZulu-Natal.

The minister on Friday described the situation in KwaZulu-Natal, where the violence and unrest have been most persistent, as “stable” but “tense.” She said the eastern province had seen an additional 89 deaths over the previous 24 hours.

Ntshavheni added that authorities in the region had reported 1,488 incidents of unrest, violence and looting in the past 24 hours. The government said there would be further investigations, after 4,000 rounds of ammunition were found on two people arrested.

In Gauteng, the province in which both the country’s administrative capital and its largest city is located, the violence has been largely quelled. The minister said there had been an additional six deaths there during the past 24-hour period, and that 137 additional arrests had been made.

The minister added that two police officers had been arrested, after having been found with looted goods.

Speaking earlier on Friday, President Cyril Ramaphosa said that 25,000 troops were being deployed around the country to prevent any further violence – an increase on the 10,000 announced on Wednesday. He vowed to stop the “mayhem” from engulfing the nation.

Thousands have now been arrested in violent scenes triggered by Zuma’s arrest but which also stem from dire economic conditions worsened by the pandemic that disproportionately affect the poor.

This Story First Appeared At The RT