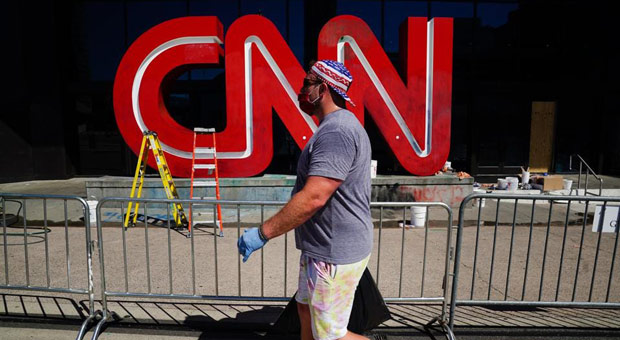 study.In the United States, fewer than one in three people have any sort of trust in the establishment media.The survey was conducted in 46 nations across the globe.It reveals that a total of 44% of American citizens do not have any trust in the mainstream news media to report the truth.

Of that 44%, 23% say they “strongly disagree” that they trust the media.While only 29% express trust.Have your say – ⇓ Hit the comments below ⇓

That equates to a 15% “trust gap,” which is the widest in the world, according to Reuters.When split along political lines, fewer than one-third of centrists and one-fifth of conservatives believe that their political views are portrayed fairly by the media.TRENDING: 3 Bombshell Biden Scandals the Corporate Media Is Hiding from YouConservatives registered a 59 percentage point gap, with only 16% saying that the media is fair to their politics, with 75% in disagreement.The survey found that conservatives have a lower level of trust in the media than any other institution or group in America.However, the study notes that 74% of partisans, including conservatives, say they prefer a range of views and 66% want neutral treatment of issues rather than reports that just reinforce their views.

Even among leftists, 34% disagreed that they are fairly represented by the media, with 51% expressing satisfaction with media coverage of their ideology.The report notes that “Cable news channels Fox News, CNN, and MSNBC have some of the highest levels of distrust.”Reacting to the findings, many on social media noted that the media should take a hard look at itself, but it never does, and that’s why it is failing.

This is an extraordinary (though unsurprising) finding. Most amazing is that the corporate sector of the US media is failing in every respect: financially, culturally, collapsing trust.

Any other industry failing like this would engage in self-critique, asking why. They never do https://t.co/CCbrA3nTvQ

“I see this pattern where the media is constantly complaining that they aren’t trusted, and it is always expressed as a problem of public perception.

It is never taken as an opportunity for introspection by the media.

It never occurs to them that they earned their reputation.” https://t.co/O2ndAPNA7a

We have GOT to figure out what’s wrong with these people! Readers and viewers, obviously. This should spark absolutely no introspection for anyone else. https://t.co/5GPOkvbNDv

There was some media introspection for a few moments after Trump’s election. But that quickly disappeared. https://t.co/hwrtv0FDCD

You might even say this is a rational response to the demonstrable untrustworthiness of the media in the United States https://t.co/6lRf8lYRVk

Few within the media are capable of self-analysis, but those who are have acknowledged the media is waging a war on “diversity of thought,” and has become a “cancer.”A Gallup poll from last year found that 84 percent of Americans blame the media for creating corrosive political divisions in the country, but also said that there is hope that the media can “serve as a healing force.”The survey also found that 54 percent believe fake news is reported deliberately while 74 percent believe media owners are influencing news coverage.

America's media ranked as the least trusted in the world, Reuters study finds