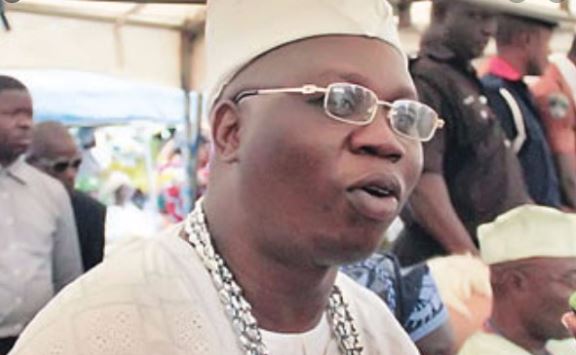 Aareonakakanfo of Yorubaland, Iba Gani Adams, at the weekend condemned yesterday attack in Igangan,one of the seven prominent towns in Ibarapa area of Oyo State.

Adams,who spoke on the heels of the recent attack in Ibarapa,said in a statement by his Special Assistant on Media,Mr. Kehinde Aderemi,that the attack was grossly predetermined to provoke and wreak huge havoc on residents of the area.

The Yoruba generalissimo,while declaring that the Oodua Peoples Congress (OPC) and the southwest security Stakeholders Group(SSSG) will not allow bandits and killer herdsmen to turn Ibarapa to their haven,maintained also that the recent killings in Igangan confirmed the alarm raised five days ago by the Oyo state coordinator of the OPC,Rotimi Olumo of the planned attack by gunmen on residents of Ibarapa during the festive period.

Aare Adams,however, expressed worry at the killings,saying the sad event occurred when unknown gunmen invaded the town Friday evening, shooting for over 30 minutes.

He said information at his disposal revealed also that the assailants allegedly wore customs and army uniforms, even as they were initially repelled by local hunters, which eventually, led to the death of five persons in Igangan, and Ayete while a Commander of Amotekun was also killed in Igbo-ora,Ibarapa North local government.

“Friday attack on residents of Igangan truly confirmed the alarm raised five days ago by the Oyo state coordinator of the OPC,Rotimi Olumo. We got the information of the impending attack, and it was widely reported in the media that the killer herdsmen were on another mission to provoke and wreak havoc on residents of Ibarapa, especially, during the festive period, but it is sad that nothing was done by the authorities concerned,

“It is on this note that I urge all the local security in the area to support the security agencies in the state to put a lid on the spate of insecurity in the area. We cannot continue to lament the killings of innocent people in Ibarapa and its environs “

Aare Adams also urged the Federal Government to unravel those behind the recent attack in Ibarapa, maintaining that the OPC and the southwest security Stakeholders Group are ready to offer intelligence reports and updates to the security agencies in order to forestall further attack.

The Yoruba generalissimo also berated the Federal Government on the order that the electronic media should desist from reporting details of terror attacks in the country.

Adams insisted that the National Broadcasting Commission’s (NBC) attempt to stop reports on terror attack was not in Nigeria’s interest, adding that the order would definitely worsen the security situation in the country.

Back to Top
Close
X
Only Dangote, BUA, Golden can import sugar, says CBN…UncategorizedPunch The Central Bank on Nigeria has restricted the importation of sugar into the country to three companies: BUA Sugar Refinery Ltd, Dangote Sugar R…

X
Death toll from German flood rises above 130, as president prepares to visit…UncategorizedRipples Nigeria  The number of people, who have died in the devastating flooding in western Germany continues to rise. This is as the death toll reach…