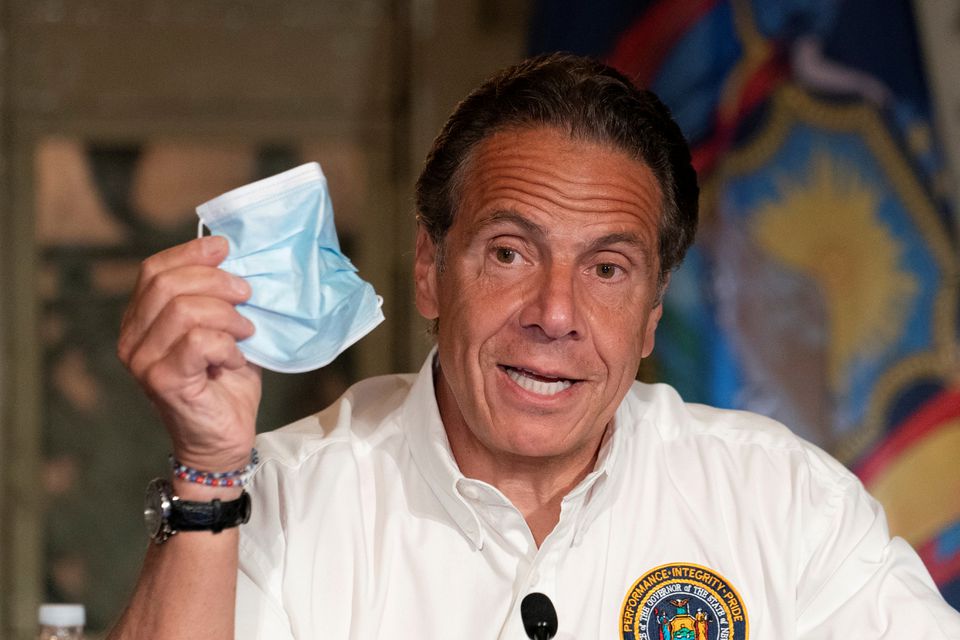 July 17 (Reuters) – Investigators for the New York state attorney general’s office are expected to take a deposition from Governor Andrew Cuomo on Saturday as part of a sexual harassment probe, the New York Times reported.

Cuomo, 63, had been riding high last year after public praise of his daily news conferences during the height of the coronavirus pandemic. But he then suddenly faced calls to resign following a flurry of accusations of sexual harassment or misconduct and revelations that his administration under-reported nursing home deaths from COVID-19.

Citing two unnamed sources familiar with the matter, the Times said two outside lawyers hired by Attorney General Letitia James’ office would interview the governor in Albany, the state capital.

Over four months the attorney general’s investigation has taken testimony from several women who have accused Cuomo of sexual misconduct or harassment while also collecting state documents, emails and text messages, the Times said.

Findings from the investigation are expected to be issued in a public report, the Times said.

Cuomo, a Democrat, has denied any wrongdoing.

“We have said repeatedly that the governor doesn’t want to comment on this review until he has cooperated,” Richard Azzopardi, a senior aide to Cuomo, told the Times in a statement.

Cuomo has acknowledged it had been a “custom” for him to kiss and hug people when greeting them. He has said he was sorry if his behavior had made “people feel uncomfortable.”

This news originally appeared in Reuters.

X
America’s media ranked as the least trusted in the world, Reuters study fi…United StatesNeon Nettle study.In the United States, fewer than one in three people have any sort of trust in the establishment media.The survey was conducted in 4…