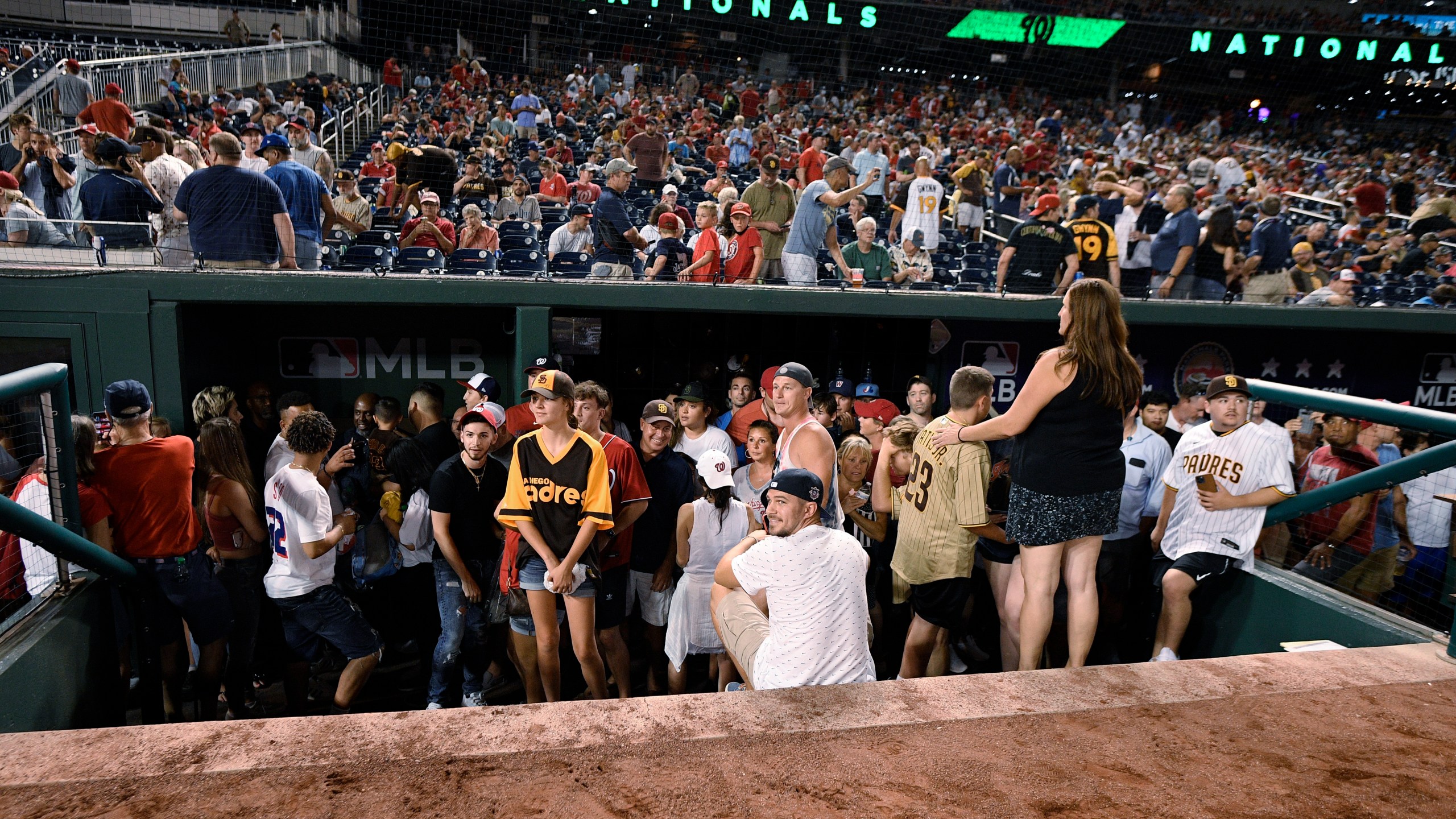 At least four people were injured in a shooting Saturday night outside Nationals Park in Washington, DC, sending fans and players scrambling during a game, police said.

CNN journalists inside the stadium reported hearing multiple loud bangs. A message on the scoreboard initially told fans to remain inside the baseball park, but it has since been updated to say it is safe for fans to leave the stadium.

The Nationals were playing the San Diego Padres when the shooting began. Play was interrupted in the bottom of the 6th inning and the game is suspended until Sunday afternoon, the Nationals said on Twitter.

“The suspended game will resume beginning at 1:05 PM ET and be completed as a nine-inning regulation game,” the team said.

Game 3 of the Nationals-Padres series that was originally scheduled to begin at the same time Sunday but will instead be played at the conclusion of the suspended game, the team said.

This article originally appeared in CNN

At least 4 people wounded in shooting outside stadium during American football game...Players and fans sent scrambling