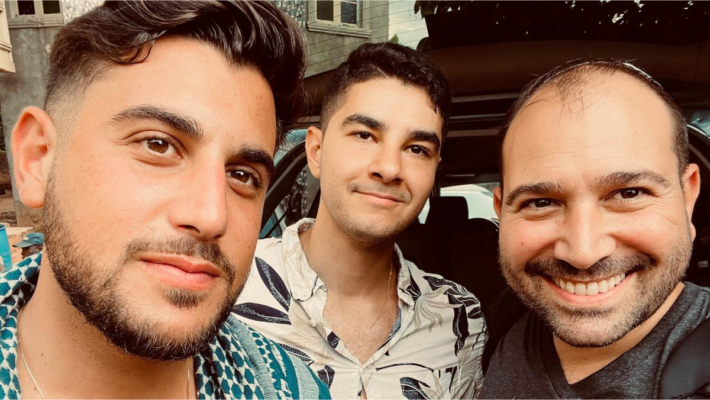 One of the detainees was released to the French embassy in Thursday for medical attention but his expected to be returned for further investigation.

The three Israeli filmmakers arrested by the State Security Service (SSS) will spend the second week in detention without being charged to court by the Nigerian government.

The Israelis were taken in by Nigeria’s secret police over allegations that they supported the activities of Indigenous People of Biafra (IPOB).

They took off from Ben Gurion Airport, Israel on July 5 and arrived in Nigeria the following day to film the documentary, “We Were Never Lost”, which explores Jewish communities in African countries such as Kenya, Madagascar, Uganda, and Nigeria.

Their arrest came on the heels of the repatriation of IPOB leader, Nnamdi Kanu, who in 2018 publicly declared that he “owed his survival to the state of Israel.”

The crew which was arrested at a synagogue during Friday night services on July 9 and subsequently taken to Abuja are also said to be without legal representation in detention.

Times of Israel reported that one of the men entered Nigeria on a French passport, and the other two on American passports, making it difficult for the Israeli embassy to get involved at the onset. They will now spend the second Shabbat, a symbolic day of rest for the Jews, in custody of Nigerian security forces.

The families of the trio alleged that political groups (in Nigeria) twisted the gifting of a Torah scroll to a local community to claim it constitutes support for separatist political ambitions.

“The filmmaking crew thought it would be a nice gesture to bring several gifts with cultural symbolism to the communities it planned to visit,” their families said in a statement.

“Unfortunately, members of non-state political groups have hijacked for their own purposes images of the filmmakers gifting a Torah to a local community,” the families charged.

They also maintained that they were working with the U.S., Israeli and French embassies on the matter, and “We hope that the DSS will quickly conclude what the facts support.”

The report said SSS released one of the detainees, Mr Benaym to the French Embassy on Tuesday night to receive some medical attention, “with the intention of having him return to DSS custody the next day to continue the investigation.”

A spokesman for the SSS had declined comments about the filmmakers’ arrest and claims of torture.