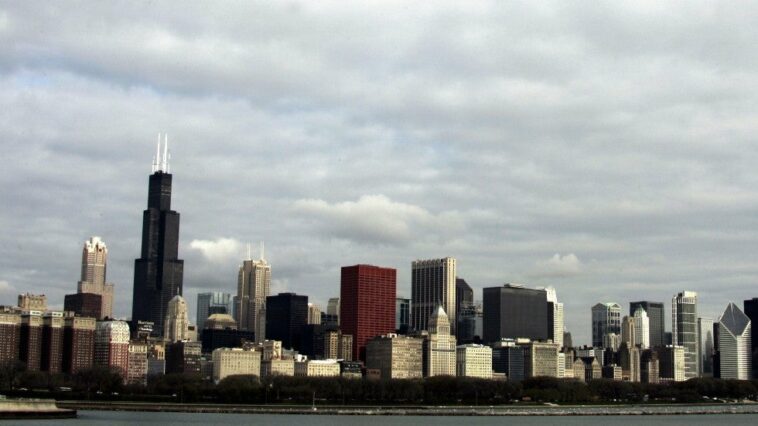 At least 56 people were shot in Chicago over the weekend, leaving 11 dead.

One of the incidents this weekend occurred outside a party on Saturday in the Austin neighborhood, according to ABC 7 Chicago. Six people were shot, including a 12-year-old girl and four teenagers. The victims were hospitalized in fair condition.

A 49-year-old man was reportedly shot and killed in Greater Grand Crossing on Sunday night. According to ABC 7 Chicago, the man was speaking to someone in a vehicle when someone inside opened fire. He was struck multiple times in the body and pronounced dead at a Chicago medical center.

The deadly weekend follows Chicago Mayor Lori Lightfoot‘s (D) announcement that a federal strike force would be in Chicago this week to provide additional resources to bolster the Bureau of Alcohol, Tobacco, Firearms and Explosives (ATF), according to ABC 7 Chicago.

Lightfoot spoke with President Biden earlier this month on the tarmac at Chicago O’Hare International Airport, where he offered to send a strike force to Chicago to help with the city’s crackdown on gun trafficking, the local television station previously reported.

“My hope and my expectation is that they’re going to be coming relatively soon. I’ve made no secret of the fact that this is a matter of incredible urgency and I think the president’s plan is to make a difference in localities like Chicago this summer,” Lightfoot said at the time, according to ABC 7 Chiago.

Violence has been running high in Chicago. According to data from the Gun Violence Archive reported by CNN, 83 people were shot and 14 were killed in the city over the Fourth of July weekend.

Back to Top
Close
X
Nigerian man kidnaps Military man, strips him off his uniform and uses it to commit crime…Crime SceneNaija News The security operatives in the Ogun state police command has arrested a suspect for kidnapping a military officer and stripping him off his…