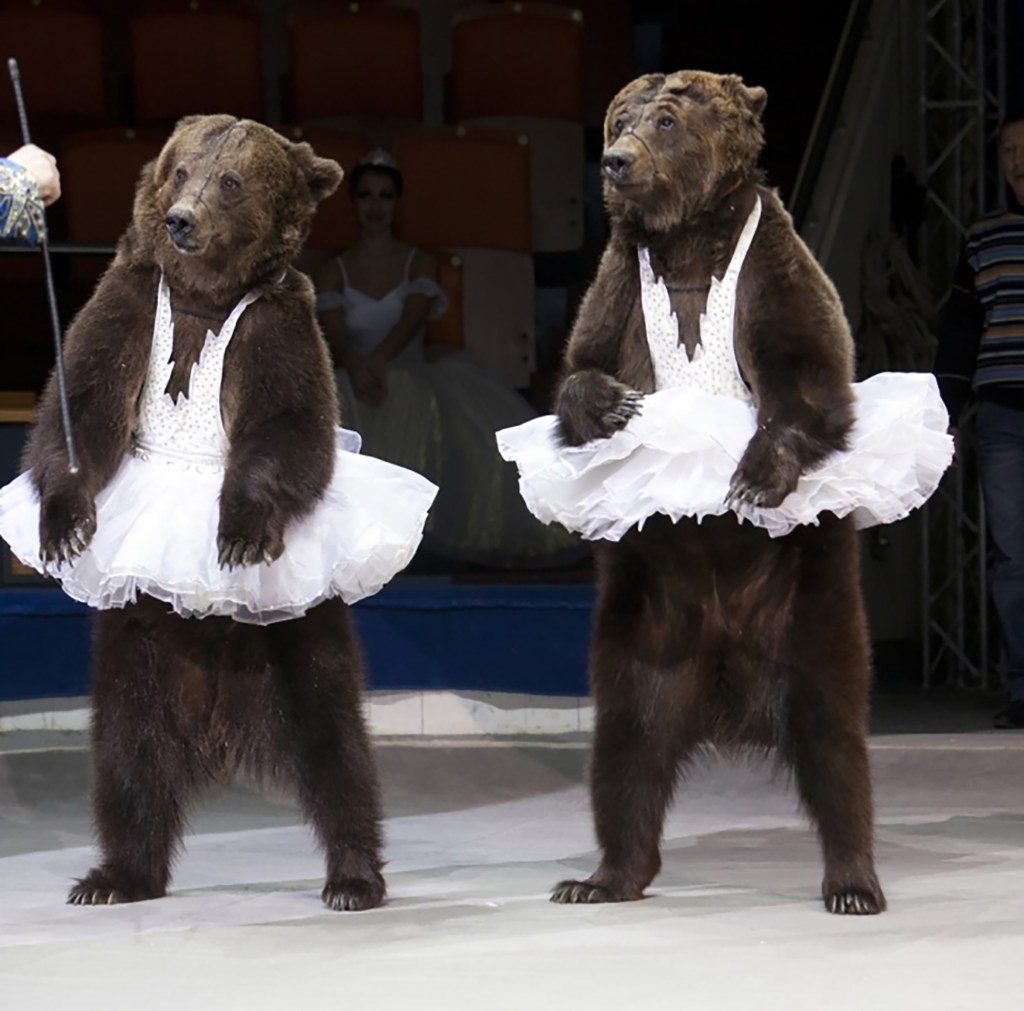 The Harlequin Traveling Circus had promised “an unforgettable large-scale performance with a wide variety of animals” to “surprise every city in Russia.”

Instead, audience members were treated to the latest in a long string of wild animal circus acts gone horribly wrong “every month,” the Siberian Times reported.

“Simply speaking, bears are now in mating season,” an event spokesperson told local outlet Mash Siberia of the calamity, which occurred in the Berezovsky region courtesy of a performing company that reportedly “prides itself on the humane training of animals.”

The harrowing 20-second clip starts off with a brown bear following its trainer around a ring on its hind legs while sporting a hat and glittering scarf, one of the many get-ups the circus makes its bears wear during their performances.

Things go south, however, when the bruin suddenly lunges at the woman and latches onto her leg, causing her to fall to the ground in full view of the aghast audience. The trainer can be seen trying in vain to wriggle free before fellow performers manage to yank the enraged animal off.

A brown bear attacked a female trainer on July 17 during a traveling circus performance in Siberia.The Siberian Times

The clip then cuts to the bear making a second pass at its master before her male co-star breaks it up. Local outlets reported that the show was not stopped despite the multiple attacks, which included a third mauling that was not caught on camera.

“There was no incident whatsoever,” insisted the spokesperson, who chalked up the so-called attack to the fact that the bears were in heat.

The Russian Investigative Committee has reportedly targeted the show for safety violations — indeed, video appears to show that there were no barriers between the audience and the animal performers.

Irina Novozhilova, of Russian animal rights group VITA, has called for a moratorium on circuses with live animal acts, which remain popular across the country.

“No circus conditions will be humane for one simple reason,” she said, “training goes hand in hand with cruelty.”

This isn’t the first time a circus animal has turned on its trainer in Russia. Other incidents have included everything from a lynx pouncing on its trainer for yanking it from a chair to a fed-up lion mauling its whip-wielding tamer, which reportedly cause a pregnant spectator to suffer a seizure from witnessing the horrific scene.