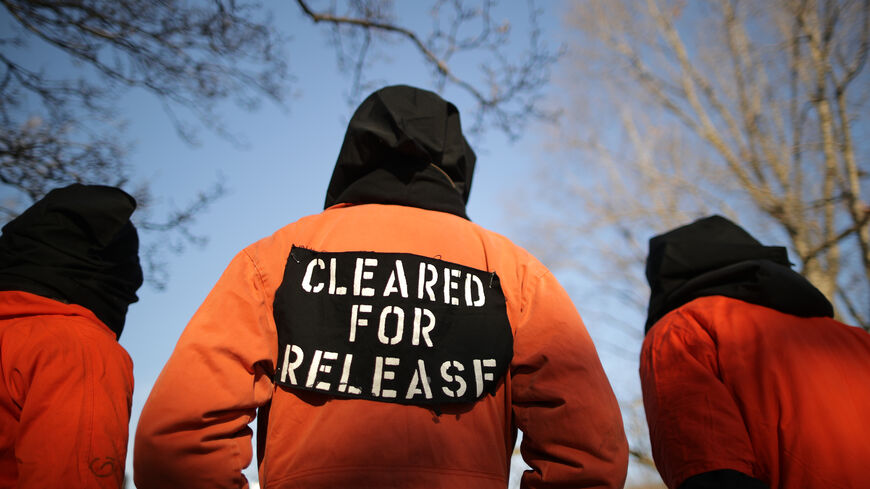 The United States has transferred a prisoner held in the detention facility at Guantanamo Bay to his home country of Morocco, making him the first detainee under the Biden administration to be repatriated from the American naval base in Cuba.

On Monday the Department of Defense announced the transfer of Abdul Latif Nasir, 56, who was recommended for release under the Obama administration. In his Guantanamo profile, the US alleges that Nasir fought for several years with the Taliban on the front lines in Kabul and Bagram, Afghanistan and then at Tora Bora. He has been held without charge at the notorious US prison since 2002.

In 2016, the Periodic Review Board recommended that Nasir be repatriated to Morocco. The interagency government panel concluded his detention was no longer necessary “to protect against a continuing significant threat to the national security of the United States.”

His representative told the review board in 2016 that Nasir deeply regretted his actions and that has a “strong desire to put this unfortunate period of his life behind him and move on.”

Nasir’s departure brings the total number of Guantanamo detainees to 39, of whom 10 have been recommended for transfer. In a call with reporters Monday, senior administration officials declined to say which countries the Biden administration has identified for possible repatriation or resettlement.

In a statement Monday, State Department spokesperson Ned Price praised “Morocco’s leadership in facilitating Nasir’s repatriation” and called on other countries to repatriate their citizens who have traveled abroad to fight for terrorist groups.

The Biden administration said in February that it planned to close the controversial detention center, which opened in 2002 and has since been used to house more than 700 foreign inmates suspected of ties to al-Qaeda or the Taliban. In June, NBC reported that Biden has quietly made moves to close the Guantanamo prison in southeastern Cuba.

Price said Monday, “The administration is dedicated to following a deliberate and thorough process focused on responsibly reducing the detainee population of the Guantanamo facility while also safeguarding the security of the United States and its allies.”

Intense pushback from Congress prevented former President Barack Obama from making good on a 2008 campaign promise to close Guantanamo, despite an executive order issued on his second day in office.

Former President Donald Trump signed a 2018 executive order to keep it open, citing the risk of recidivism among the prisoners. Just one detainee was released under his administration, a Saudi man who pleaded guilty to terrorism-related charges and was transferred to Saudi Arabian custody in 2018 to serve out the remainder of his sentence.

This Story First Appeared At The Al Monitor

X
Capitol rioter who breached Senate gets 8 months for felony…United StatesAP A crane operator from Florida who breached the U.S. Senate chamber carrying a Trump campaign flag was sentenced Monday to eight months behind bars,…