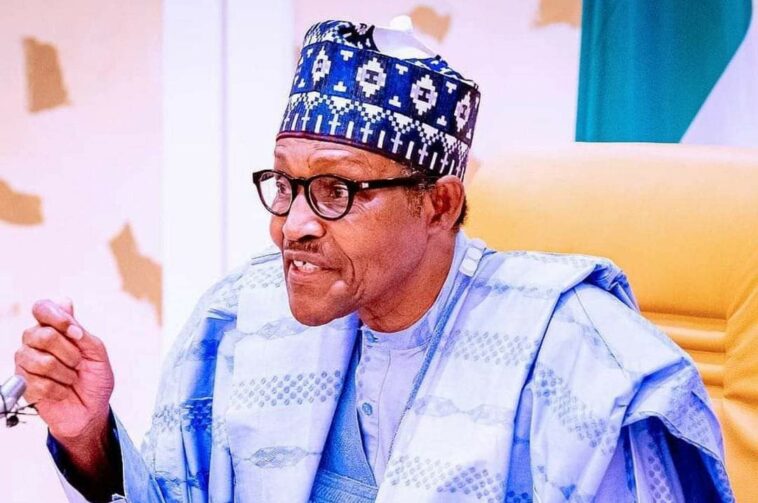 President Buhari said floods have impacted negatively on efforts to boost local production in line with his regime’s policy to eradicate food importation.

President Muhammadu Buhari has reflected on the biting economic crunch, especially food scarcity, in the country, blaming floods for destroying his regime’s efforts at food production.

Mr Buhari said his administration is working hard to address food inflation occasioned by the COVID-19 pandemic but the effect of floods has hampered agricultural activities in the country.

The President’s Spokesman Garba Shehu, in a statement on Monday in Abuja, said Buhari stated this in his Eid-el-Kabir message to Nigerians.

Eid-el-Kabir is a Muslim festival being celebrated across the world. July 20 and 21 have been declared as holiday to celebrate the event in Nigeria.

In his message, the president restated the determination of his administration to create a just, harmonious and prosperous country in which the safety of life and property is assured.

He said “COVID-19 pandemic had taken a heavy toll on the economies of all countries, including Nigeria” while bemoaning the challenges of Nigerians.

He added that floods had caused large-scale destruction to agricultural farmlands, thereby “impacting negatively on our efforts to boost local production in line with our policy to drastically reduce food importation.

“No government in our recent history has invested as heavily as we are doing to promote local production of about 20 other commodities, through the provision of loans and several other forms of support to our farmers.”

Mr Buhari however noted that apart from the destruction caused to rice farms by floods, middlemen had also taken advantage of the local rice production to exploit fellow Nigerians.

According to him, this has further undermined the government’s efforts of supporting local food production at affordable prices.

“As an elected president who enjoys the goodwill of the ordinary people that gave us their mandate, let me assure you that we are continuing with measures to bring relief to Nigerians, including making fertiliser available at affordable prices to our farmers,” he added.

The president also noted that the current insecurity in the country “has produced severe and adverse effects on agriculture because farmers are prevented from accessing their farms by bandits and terrorists”.

Mr Buhari reassured Nigerians that his administration had taken measures to address the nation’s security challenges.

“We have started taking delivery of fighter aircraft and…

Floods washed away our efforts to provide food for Nigerians: Buhari

X
Bandits want N60m ransom to release kidnapped Baptist school students…In the NewsBandits responsible for the kidnap of 121 students from Bethel Baptist High School, Kaduna have demanded N60m as ransom to release the children.It was…