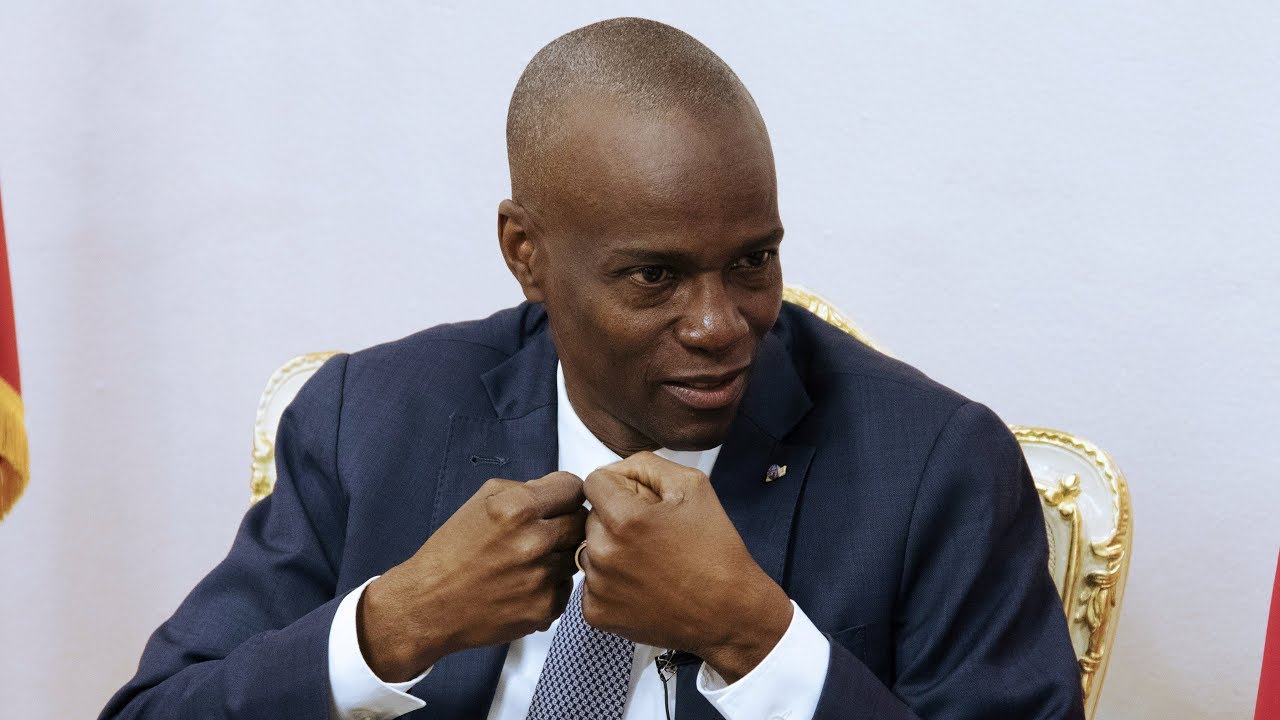 The call came at 1:34 a.m. Haitian President Jovenel Moïse, who was on the other line, was in difficulty, and he needed reinforcement.

“They are shooting by the house,” he told the Haitian National Police commissioner. “Mobilize people.”

The non-stop automatic gunfire in Pelerin 5 where Moïse, his wife Martine and two children lived, started at about 1:30 a.m., according to a resident in the area, who said she ducked underneath her bed to escape the sound as she looked at her phone to see what time it was.

While neighbors in the area weren’t sure what was happening, unknown assailants who would later claim to be part of the Drug Enforcement Administration (a claim denied by the DEA) were advancing and making their way to the president’s private residence in the foothills of Haiti’s capital. Inside the president’s bedroom, they would open fire. He was shot in the forehead, chest, hip and stomach, and his left eye was gouged, according to Charles Henry Destin, a justice of the peace who later documented the crime scene.

The deadly assault followed 10 minutes of frantic pleas. With no sign of his security forces, Moïse, 53, would make another call, this time to a tactically trained officer with the Haiti National Police.

“Where are you?” Moïse said, calling the officer by name after he answered, “Mr. President.”

“I need your assistance, now!” Moïse said. “My life is in danger. Come quick; come save my life.”

Before the phone call ended, there was silence. Then, the sound of an assault rifle. Refusing to accept what was inevitable, the officer — who asked to remain anonymous in an interview with the Herald, yelled to his fellow officers, “Everyone get back in your cars. We need to leave now.”

The three-car convoy was headed to Pelerin 5, the hilltop neighborhood of modest homes, unpaved roads and million-dollar mansions where Moïse lived.

What ensued in the next hours would be a police manhunt for former Colombian special forces and two Haitian Americans from South Florida, using high-beam lights and specialized units of Haiti’s national police along a well-traveled road. The fierce pursuit started on the main road leading to Moïse’s residence. It would subsequently involve nearby impoverished neighborhoods, an abandoned building behind a police station and the Taiwanese Embassy, on whose premises 11 of the alleged commandos were apprehended.

More than a week after the murder, 18 Colombians and two Haitian Americans are in custody, while three Colombians are dead and five remain-at-large. Haitian security forces have also made other arrests, including that of a South Florida-based Haitian doctor, Christian Emmanuel Sanon. The owner of a Doral-based firm, CTU Security, run by a Venezuelan émigré, has been named as a person of interest.

Still questions linger. The Miami Herald and the McClatchy Washington Bureau have spoken to at least three people who received calls from inside the president’s house on the morning of July 7. All agreed to speak on the condition of anonymity due to the sensitive nature of the ongoing probe, which has led to 24 security agents being sanctioned and five high-ranking members of the president’s security team being relieved of administrative duties and placed in isolation.

All have recounted the final moments of Moïse, who was killed in the brazen middle-of-the night assassination as his alleged assailants ransacked his house and bedroom, according to multiple sources, and then shot him after positively identifying him with a caller on the other line.

“They came inside, went straight to the room and kept talking to someone on the phone to identify the president,” the officer said, confirming the report of another person familiar with the investigation. “They turned the house upside down.’ ”

When the shooter described the president’s profile to the other person on the line, “he turned to face the president and shot him without any conversation.”

How foreign mercenaries got past at least three police checkpoints on the road to Moïse’s house and past presumably dozens of security agents inside his walled-off compound to gain access to his second-floor bedroom remains one of the key questions more than a week after his shocking death.

The ongoing multi-national investigation involves at least four countries and four law enforcement agencies, including the Federal Bureau of Investigation, and has so far led to the arrest of several Haitians with ties to South Florida.

What happened to the president’s security team, none of whom were killed or reportedly shot, is another unsolved mystery — one that one of several Haitian national police officers who arrived at the scene shortly after 2 a.m. say they are also asking themselves.

Although the government initially reported that Moïse’s death occurred at 1 a.m. July 7, Haitian police have now said it occurred sometime between 1 a.m. and 2 a.m. Interviews by the Herald/McClatchy show that he was still alive as late as 1:45 a.m.

After getting the president’s frantic call for help at 1:34 a.m., the Haitian police commissioner said he made four phone calls in a span of 14 minutes, seeking backup as he got out of bed, got dressed and headed in the direction of the president’s house. He said he arrived at the residence at 2:22 a.m. after encountering some of the armed Colombian commandos on the road.

The first call, at 1:35 a.m., was to the man in charge of palace security for Moïse, Dimitri Hérard. He said he was deploying help. At 1:38 a.m., the police commissioner said he called the supervisor of the security team working that evening and received no answer.

At 1:47 a.m., the police commissioner said he called the commander of the Counter Assault Team, or CAT, a specialized tactical unit similar to the U.S. Secret Service. The unit provides tactical support to the president and reacts when there is an attack.

‘My life is in danger. Come save my life.’ Haitian president’s desperate final pleas

X
Biden walks it back: I didn’t mean to say that Facebook is killing people…Breaking News 2By Steven Nelson In an about-face on his own condemnation of social media misinformation about COVID-19, President Biden on Monday said, “Facebook isn…