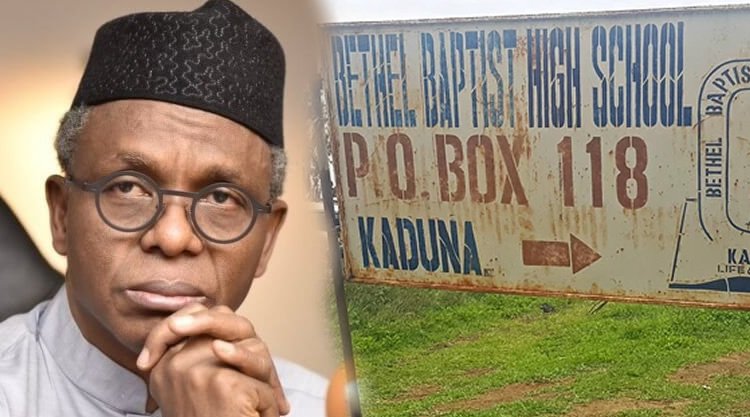 Abductors of the 121 students of the Bethel Baptist High School, Kaduna, have allegedly demanded N60m ransom to free the captives.

Bandits had stormed the school and abducted over 100 students penultimate Monday.

The proprietor of the school, Rev Ishaya Jangado, had said after a head count of the students as directed by the bandits that 121 students were being held.

But on Monday, our correspondents gathered that the bandits demanded N500,000 for each of the remaining 120 students.

The bandits, it was learnt, gave yesterday (Monday) as deadline for the payment of the ransom.

This was just as the bandits released one of the captives on the grounds of ill health.

According to one of the parents, who confided in The PUNCH, the church and parents of the students are already working to raise ransom.

She said if the ransom was paid on Monday, the students “will hopefully be released on Tuesday going by the promise of their abductors.”

The parent stated, “The bandits demanded hundreds of millions of naira, but later scaled down their demands to N60m, reducing it to N500,000 per student.

“We (parents) have gathered some amounts but the church is trying to raise the remaining money to meet up with the demands of the bandits.”

A brother to one of the kidnapped students, Jesse Peter, said, “The bandits called us on Saturday and said we should raise N500,000 for each of the 120 students remaining with them in the bush. They gave us till Sunday morning to pay…

Back to Top
Close
X
You are dreaming, South South can’t be part of Biafra…Latest NewsBy John Owen Nwachukwu Elder statesman, Edwin Clark, has said that the Indigenous People of Biafra, IPOB, is dreaming by including the South South sta…