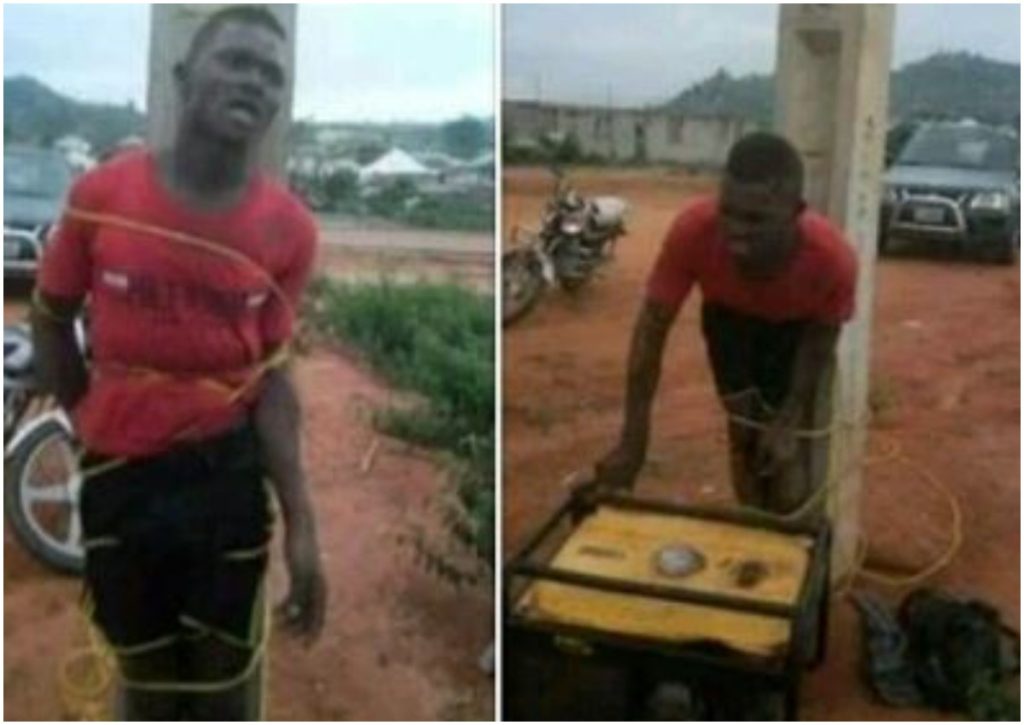 A suspected thief was caught on Monday morning, July 19, after he tried to make away with the generator he had stolen.

In the photos shared on social media, angry residents who caught him, tied to an electric pole with the generator he allegedly stole.

The incident is said to have happened in Abuja 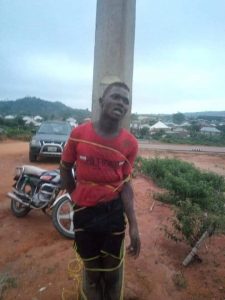 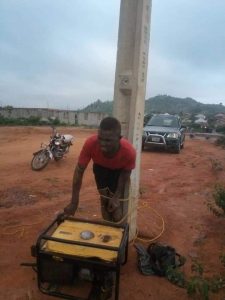 Meanwhile, security operatives in the Ogun state police command has arrested a suspect for kidnapping a military officer and stripping him off his uniform and using it to commit a crime.

The incident is said to have happened at Odo Pako Ota, in Ado Odo Ota Local Government Area of Ogun State.

The suspect was alleged to have attempted to snatch a Dane gun from a vigilante operative.

The police spokesperson in the state, DSP Abimbola Oyeyemi said the suspect Waliu Oloyede was arrested following a distress call received by the Divisional Police Officer, Sango Ota divisional headquarters, CSP Godwin Idehai that vigilante men are having issues with an army officer at Odo Pako area of Ota.

“Upon the report, the DPO led his team to the scene where the suspect, who dressed in full military camouflage uniform with the rank of W02 but could not give a satisfactory account of himself, was apprehended and brought to the station.

“Upon interrogation, the suspect was unable to give an account of how he got the military uniform, or address of the unit where he is serving, hence he was detained for impersonation”

“While in detention, police got an information that the suspect and others at large abducted W/o2 military officer at about 11:30 pm of 16th July 2021and took him to their hideout in Alagbado Lagos State where he was stripped off his uniform, collected his identity card, his three ATM cards and phone before the victim escaped from them,” the police statement read in part.

X
Gunmen kill Three-Month-Old Baby, 12 others in Benue…Crime SceneSahara Reporters A three-month-old baby and 12 adults have been reportedly shot dead by gunmen in separate incidents in some villages of the Guma Loca…