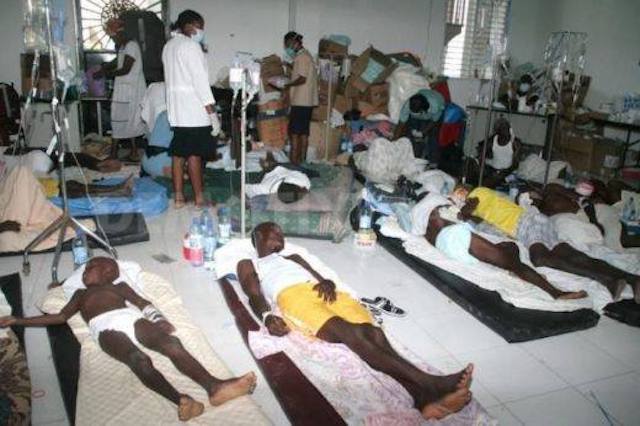 A cholera outbreak in Jigawa has killed at least 30 people with more than 2,000 hospitalized in the past two months in the state.

He said that most of the infected cases were children recorded in nine local government areas of the state.

Mu’azu listed Hadejia; Dutse, Kirikasamma, Birnin Kudu and Ringim as some of the areas worst hit by the outbreak.

He said that of the 2,000 infected cases, some had been discharged while others were still receiving free medical treatment in government hospitals.

The permanent secretary, who could not immediately say what was the cause of the outbreak, insisted that the Hadejia case could be linked to water pollution.

He alleged that there was a possibility of water contamination from an area where people practiced open defecation near the water vendors who collect and circulate the water to residents of Hadejia town.

Back to Top
Close
X
CAN fecilitates with Muslims at Eid-el-kabirIn the NewsDaily Post By Amos Tauna The Christian Association of Nigeria, CAN, has fecilitated with the Nigerian Supreme Council for Islamic Affairs and the Musl…