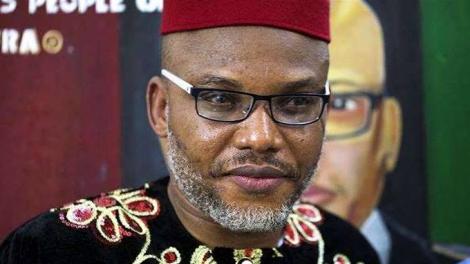 A post, on Sunday, on Al Jazeera’s social media page ignited a war of words between Kenyans and members of the Indigenous People of Biafra (IPOB), over recent arrest of the latter’s leader Mazi Nnamdi Kanu—reportedly on Kenyan soil.

The feud ensued after Al Jazeera posted an article on a tanker explosion that had killed 13 people in Kenya.

At first, the Biafrans sent their condolences but then proceeded to point fingers at Kenyans for detaining Kanu, Kenyan outlet Tuko reports.

“Kenyan people should beg Biafrans to forgive them for adopting (sic) Nnamdi Kanu, this is just the beginning,” one Biafran commented, provoking many Kenyans.

“He is a freedom fighter in Nigeria, not Kenya. We deported him so that he can carry his freedom-fighting there. Nigerians need him not us. You guys should appreciate us, in fact, you and your fellow Nigerians should pay for that free and pleasant flight he enjoyed all the way from Nairobi,” one Kenyan stated.

“For aiding and abetting to kidnap Mazi Nnamdi Kanu, no good news will be heard from Kenya again,” another Kanu supporter retorted.

“Nigerians who are worldwide known scammers and cons are all over here hurling abuses to the civilized country that is Kenya. Nigerians love crime to get rich. It has the most number of illiterates. Their government is poor on regulation even 10-year olds there are good scammers,” another Kenyan said.

The feud continued to other contentious issues such as corruption and tribalism, with both groups throwing insults at each other.

The exchange continued for long eliciting mixed reactions, with some commenters eventually calling for ceasefire.

“It pains me when I see Africans attacking each other, we have a common enemy called poverty, greed, corruption disease and tribalism,” another user commented.

Kenyans and Nigerians have been at loggerheads after reports emerged that Kanu was allegedly detained and deported from Kenya.

“Kanu was flown to Abuja in the private jet on Sunday, June 27, from Jomo Kenyatta International Airport, Nairobi and he was the lone passenger,” Kanu’s lawyer had stated in an interview.

X
Untold story of how pilot who survived jet crash disguised as a villager to evad…RifsDaily Trust More details have emerged on the military jet which crashed in Zamfara State on Sunday. An aircraft that the Nigerian Air Force deployed a…