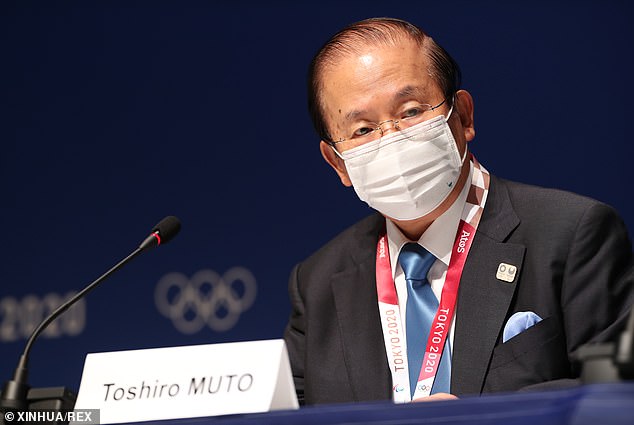 Organisers of the Tokyo Olympics have refused to rule out cancelling the event just three days before it is due to start amid concern over rising Covid cases.

Toshiro Muto, head of the organising committee, was asked directly at a press conference on Tuesday whether the showpiece event – which has cost Japan some £12billion – could still be called off, and refused to rule it out.

It comes as the number of Covid cases linked to the Games rose to 71 with infections in Athletes’ Village, and three more sponsors announced they will not be sending representatives to the Opening Ceremony due to anger at the event going ahead.

At least one of those cases – among a member of the Ugandan weightlifting team – has the highly-infectious Delta form of Covid, and Japan has also warned about the variant’s spread among the general population.

Meanwhile, a public petition of 140,00 signatures was handed to the Japanese government today calling for the competition to be called off and for the athletes to be send home in a bid to stave off the threat of creating a super-spreader event.

The Tokyo Opening Ceremony is due to take place on Friday after a year of delays caused by the Covid pandemic.