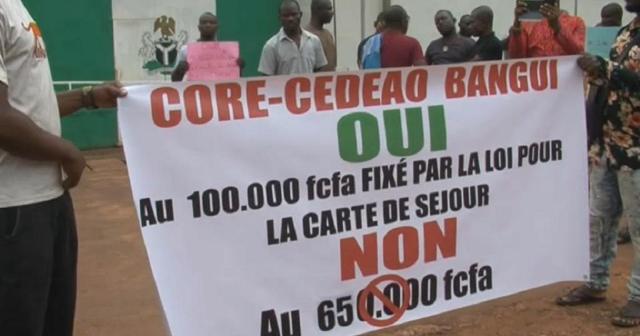 An Africanews video broadcast shows protestors rallying outside the Nigerian embassy in Bangui. They criticized the charges as exorbitant and discriminatory.

“They force us to pay 650,000 ($708), which is why all the ECOWAS countries are gathered this morning at the Nigerian Embassy to voice our anger over what is happening in CAR. Currently, our brothers and sisters are in prison because of this paper,” said Mark John, a protester.

There’s been no word from the country’s authorities on the allegations.

Conflict-hit Central African Republic is home to many foreigners from West Africa. They mostly work in the business and retail sectors.

But with order returning, the country is keen to regularize immigration.