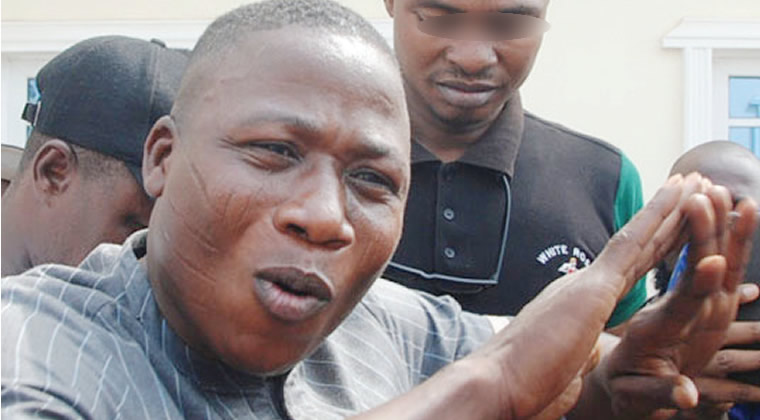 Chief Yomi Alliyu (SAN), the lead counsel for Yoruba Nation agitator, Sunday Adeyemo, popularly known as Sunday Igboho, has said that the arrested rights activist cannot be extradited from Benin Republic because he is a “political offender”.

In a statement on Tuesday, Alliyu explained that the 1984 Treaty and an African Charter would prevent the government of Benin Republic from giving Igboho to Nigeria.

The PUNCH had reported that Igboho was arrested in Benin Republic on Monday night while attempting to leave the country for Germany.

Igboho was earlier declared wanted by the Department of the State Services after he escaped during a raid of his residence on July 1.

Alliyu said, “The Extradition Treaty of 1984 between Togo, Nigeria, Ghana, and Republic of Benin excluded political fugitives. It also states that where the fugitive will not get justice because of discrimination and/or undue delay in prosecution the host country should not release the fugitive.

“Now, Article 20 of African Charter on Human and Peoples Rights to which the four countries are signatories made agitation for self-determination a fundamental right to be protected by all countries.

“This made Chief Sunday Adeyemo a POLITICAL OFFENDER who cannot be deported and/or extradited by the good people of the Republic of Benin for any reason.

“Secondly, that he cannot get justice or even be killed is apparent in how those arrested in his house were detained for more than 21 days now without access to their lawyers. Even the wife among them could not change her undies for 21 days! Which inhuman treatment can be more this?

“We urge the good government of the Republic of Benin and the international community, especially Germany, to rise up and curb the impunity of the Nigerian Government by refusing any application for extradition of our Client who already has an application before ICC duly acknowledged.”

Why Sunday Igboho can’t be extradited to Nigeria -Lawyer