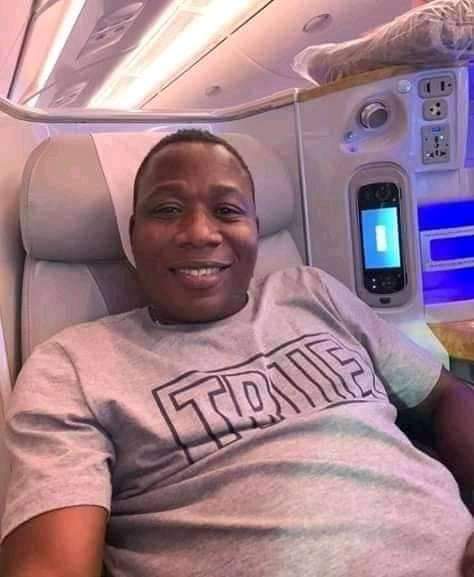 There’s a growing rumor in South-Western Nigeria that Yoruba Nation agitator, Sunday Igboho, believed to have  been arrested by authorities of the Benin Republic, has been released and on his way to Germany.

“We thank Beninese Government for standing by Yorùbá Nation” – YNGD

The Yoruba Nation Global Directorate has expressed its appreciation to the government and people of Benin Republic for their intervention in the release of the human rights activist, Chief Sunday Adeyemo Igboho.

In a statement released Tuesday afternoon signed by its Director, Princess Adeola Atayero Olamijulo, she expressed gratitude to all those whose prayers, called and participated in the release of the activist.

She thanked all the Beninese lawyers in Cotonou who promptly stepped into the matter for their support.

Chief Adeyemo is on his way to his destination.

Audio: Wild rumor says Sunday Igboho has been released, on his way to Germany