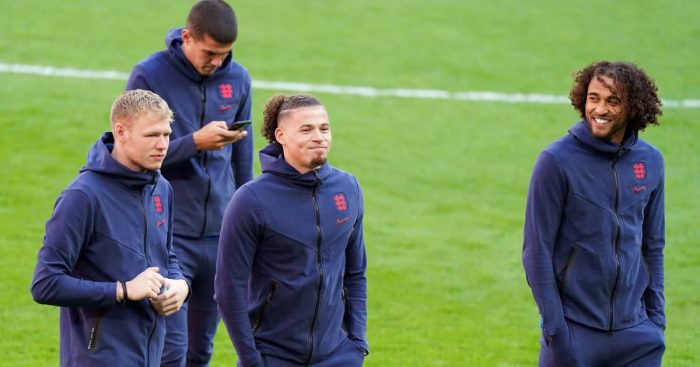 Arsenal are planning a bid worth up to £30m for an England international after Mikel Arteta’s doubts over a Gunners regular surfaced, per reports.

Facing a campaign without European football for the first time since 1995/96, Arteta is fully aware wholesale changes need to be made to his squad. The midfield has come under the most scrutiny thus far, with a plethora of current stars including Granit Xhaka tipped to leave.

Where do Arsenal need to strengthen?

Albert Sambi Lokonga has already freshened up the central midfield ranks, while Leicester playmaker James Maddison could again be targeted with a Gunners pair used as bait.

However, according to talkSPORT, the goalkeeping position is set for an overhaul.

They report that Arsenal are preparing a bid of up to £30m to land Sheffield United and England stopper, Aaron Ramsdale.

The 23-year-old endured a torrid campaign last season as the Blades slipped back into the second tier. Nevertheless, he retains the trust of Three Lions boss Gareth Southgate after being drafted into the Euro 2020 squad after Dean Henderson withdrew through injury.

Goalkeepers costing in the range of £30m are rarely bought to be back-ups. Indeed, a second report from the Mail report insisted Arteta has concerns over current No. 1 Bernd Leno.

talkSPORT’s reporter, Alex Crook, said: “Aaron Ramsdale, of course a late call-up to England’s European Championship squad. He had a great time being the backup goalkeeper in that competition.

“It is my understanding that Arsenal have made the Sheffield United ‘keeper their no.1 target. They’ve been linked with Sam Johnstone as well, but it’s all in now for Aaron Ramsdale.

“I’m told they’ve already had two bids rejected for the former Bournemouth goalkeeper and they are lining up a third.

“The fee could be as much as £30million. That would be music to the ears of Bournemouth as they have a sell-on clause.”

Should a Ramsdale transfer materialise, questions will no doubt be raised as to why Arsenal sanctioned the sale of Emiliano Martinez last summer.

The Argentine number one was outstanding in his debut campaign for Villa. Furthermore, he was sold for £10m less than what talkSPORT claim Arsenal are prepared to pay for Ramsdale.

Meanwhile, lightning could strike twice in the same summer after Aston Villa have overtaken Arsenal in the pursuit of a lethal Bundesliga winger, per a report.

Villa and Arsenal were at loggerheads earlier in the window over their shared interest in signing Emiliano Buendia. The Gunners were thought to be nearing a deal before Dean Smith’s side pulled off the coup. Now, per online outlet Football Insider, a similar scenario could be about to unfold once again.

They report that Villa are now ‘in the driving seat’ to land Arsenal target, Leon Bailey.

Mikel Arteta is described as being ‘keen’ to add Bailey to his forward ranks. Though he may be denied the opportunity despite Arsenal having already ‘made contact’ over a move.

Instead, Villa are declared to be in talks over a permanent move that could knock Arsenal out of contention.

Back to Top
Close
X
Arsenal readying £30m bid for England star after Arteta loses faith in regular…SportsTeam Talk Arsenal are planning a bid worth up to £30m for an England international after Mikel Arteta’s doubts over a Gunners regular surfaced, per re…

X
Why fans cover their faces when football players take penalties – a psychologist…SportsGillian Cook, Liverpool John Moores University Penalty shootouts in football are one of the most unpredictable and dramatic events in sport, producing…