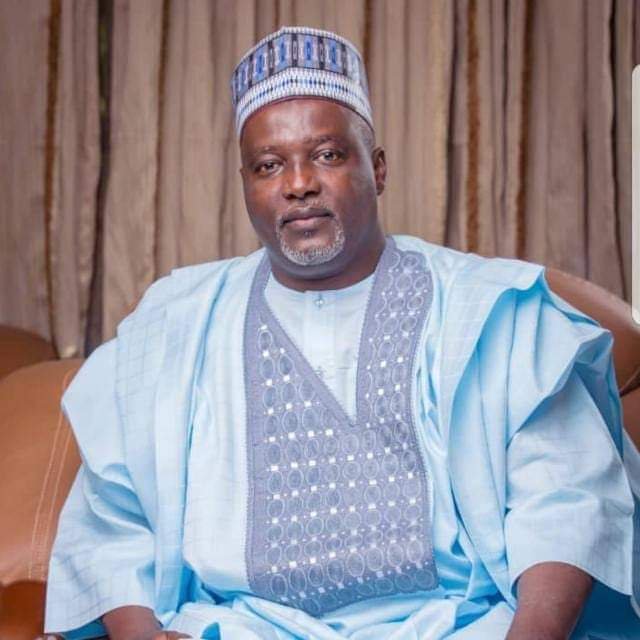 DEPUTY Speaker of the House of Representatives Idris Wase rigged a voice vote conducted during the debate on adoption of electronic transmission of election results in the House on July 15.

A member of the House of Representatives Committee on the Independent National Electoral Commission (INEC) Solomon Bob made the allegation on a Channels Television breakfast programme, Sunrise Daily, on July 21.

Bob, a member of the People’s Democratic Party (PDP), spoke on issues surrounding the inclusion of a provision for electronic transmission of election results in the Electoral Act Amendment Bill, as well as the walk-out staged by PDP lawmakers after the proposed bill was passed by the House on July 16.

Following the presentation of the report of the House Committee on INEC, the clause-by-clause analysis of the Electoral Act Amendment Bill was considered at the Committee of the Whole during the sitting on July 15.

Wase presided over the sitting of the committee of the whole in his capacity as the deputy speaker.

The sitting nearly turned violent as those in support of electronic transmission of results, largely members of the PDP, clashed with mostly All Progressives Congress (APC) lawmakers who opposed the arrangement.

Speaking on Sunrise Daily, Bob noted that the ‘abuse of the use of the gavel’ by the deputy speaker was responsible for the chaotic scenes witnessed on the floor of the House during the debate on electronic transmission of election results on July 15.

Bob explained that Wase, a member of the APC, rigged the outcome of the voice vote.

Although the supporters of the motion – the ‘ayes’ – were more and as such louder than those against, the ‘nays,’ the deputy speaker ruled in favour of the ‘nays.’

Giving an account of what happened, Bob said, “The trigger to the sequence of events that occurred on Thursday was an attempt by a member who moved a motion that we should not have anything at all to do with electronic transmission, which is ridiculous.

“He said we should be stuck with manual transmission which was the position of the ruling APC. The motion was roundly defeated.

“Another motion was moved, contrary to that earlier one moved by the APC member, that we should have it explicitly stated that results will only be by electronic transmission. Some said ‘no’ while some supported the motion. A voice vote was taken, it was against those who were against it. It was in favour of those who said it should be explicitly stated in the law that transmission will only be by electronic means.

“But we also saw a capricious use of the gavel by the presiding officer – the chairman of the whole, the deputy speaker. He ruled against the ‘ayes’ even though it was clear that the ‘ayes’ had won it.”

The motion was put to a second vote. They ‘ayes’ had it again but again, the deputy speaker ruled against the ‘ayes,’ Bob said.

“By our rules, if there is a disagreement between ‘ayes’ and ‘nays,’ you divide the House. But he refused, he practically ignored it. He denied that there was no submission at all. That was the reason behind the pandemonium in the House because a lot of things were heated up, members nearly came to fisticuffs but it was due to the audacity and the daring unlawfulness of the action taken by the man presiding and the near absence of decorum on the part of those who didn’t want anything to do with electronic transmission,” he added.

The lawmaker described the development as “unfortunate and very sad.”

Bob further explained that the walk-out staged by the PDP Minority Caucus after passage of the Electoral Act Amendment Bill on July 16 had nothing to do with the provisions of the proposed legislation.

The House passed the majority of the 158 clauses of the bill intact, including Section 52 (2) which provides that “INEC shall determine the mode of voting/transmission of election results.”

Section 52 (2) of the Electoral Act Amendment Bill passed by the House of Representatives read: “Voting at election and transmission of results in this Bill shall be in accordance with the procedure determined by the Commission.”

Bob noted that the provision was exactly what was in the report presented by the House Committee on INEC.

According to him, the PDP Reps staged the walk-out to protest against the attempt by the deputy speaker and some other members of the APC to subvert the wishes of Nigerians.

“What was passed was what we laid (before the House) regarding the vexatious Section 52(2). It was not so much a matter of what was passed by the House; it was the brazen attempt to bring something else that was different from what the people wanted.

“The House’s version (of the Electoral Act amendment bill) is that INEC could transmit results electronically. We vested the sole authority with INEC. But at some point, we had to leave because we felt that what was going on was a charade on the part of those who wanted something different from what Nigerians actually demand. So we had to leave,” Bob explained.

Meanwhile, a Senior Advocate of Nigeria (SAN) Robert Emukperuo has said that the provisions on electronic transmission of election results proposed by the Senate and the House of Representatives in the Electoral Act Amendment Bill infringed on the powers of the Independent National Electoral Commission (INEC).

Emukperuo, who appeared on Sunrise Daily alongside Bob on July 21, observed that disparities in the versions of the amendment bill passed by the two chambers of the National Assembly necessitated a need for reconciliation to arrive at a harmonised version which could be passed into law.

But he pointed out that the sections that were proposed by the Senate and the House of Representatives on electronic transmission of results “appear to regulate the powers of INEC.”

The provisions proposed by the House of Representatives gives sole discretion on electronic transmission of results to INEC while the Senate threw in some caveat including NCC intervention and the approval by the National Assembly.

Pointing to provisions of the 1999 Constitution, particularly paragraph 15 of the Third Schedule which said that INEC should have the powers to organise, undertake and supervise elections, Emukperuo argued that the commission had constitutional powers.

The lawyer further maintained that the reason the constitution gave INEC the powers to organise, undertake and supervise elections was to insulate it completely from any kind of interference.

Suggesting that the provisions on electronic transmission of results in the proposed amendments to the Electoral Act were unconstitutional, Emukperuo said, “An Act of the National Assembly that seeks to curtail or interfere with any powers given by the constitution generally speaking is regarded to be null and void. That is the perspective from which I think both chambers need to look at these provisions.”

This Story First Appeared At The ICIR NIgeria

X
2023: APC reveals how it will pick presidential candidate…2023 presidencyThe News Nigeria By Emmanuel Mogbede The All Progressives Congress (APC) has  said that at the appropriate time it will come up with a consensus and a…