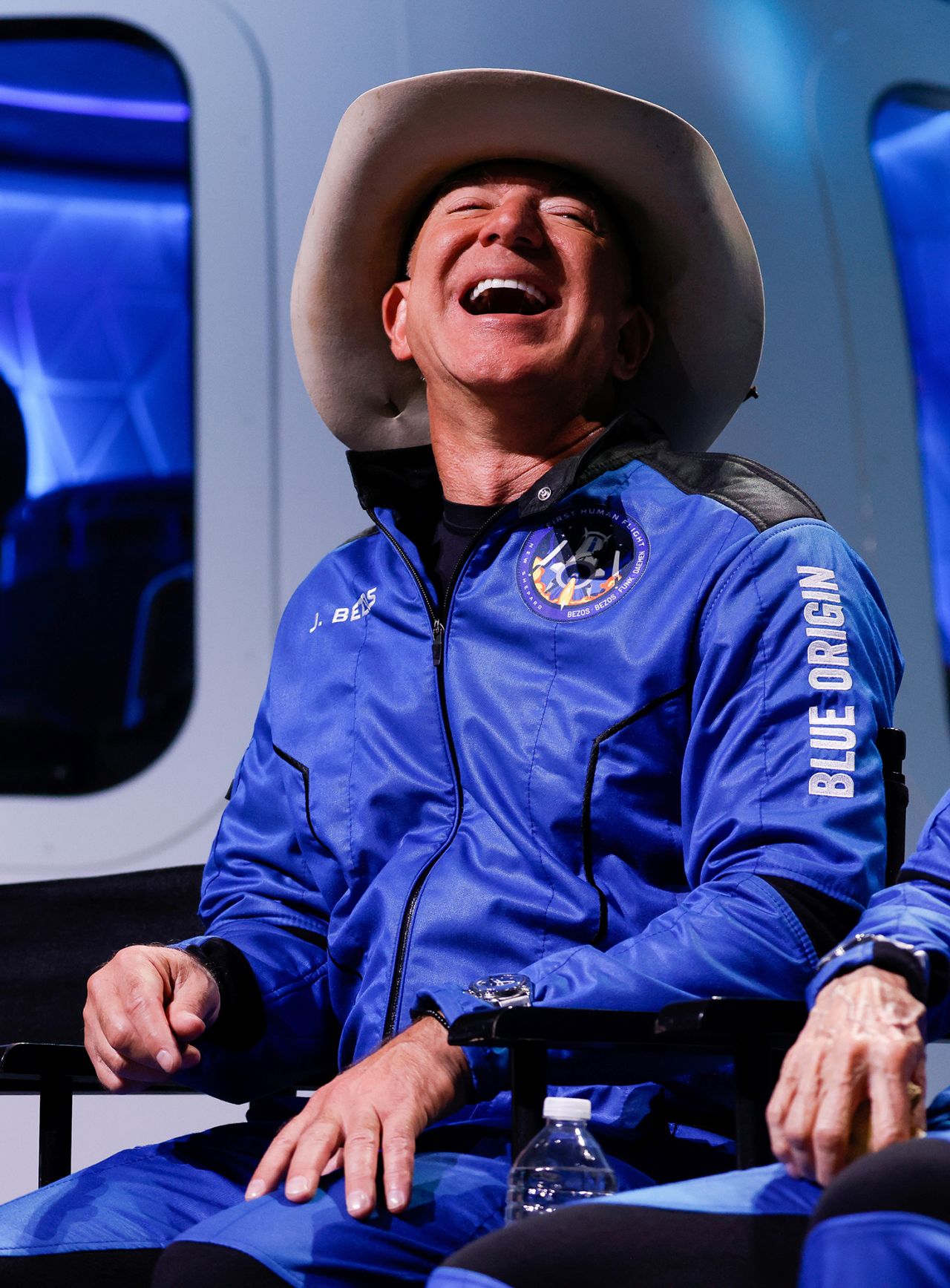 Lefty Democrats are lambasting Blue Origin founder Jeff Bezos over his “despicable” comments thanking Amazon employees and customers for financing his brief trip to space — and calling on the billionaire to pay his share of taxes here on Earth.

The show of appreciation by Bezos Tuesday to the workers and customers who “paid for all this” following his $5.5 billion flight did not dazzle the likes of Sen. Bernie Sanders (I-Vt.), Rep. Alexandria Ocasio-Cortez (D-NY) and Sen. Elizabeth Warren (D-Mass.).

“Am I supposed to be impressed that a billionaire went to space while he’s paid zero in federal income taxes some years and the workers at his company struggle to afford their medical bills, rent, and food for their kids?” Sanders tweeted. “Nope. It’s time to invest in working people here on Earth.”

Warren echoed that take, tweeting: “It’s time for Jeff Bezos to take care of business right here on Earth and pay his fair share in taxes.”

“Yes, Amazon workers did pay for this – with lower wages, union busting, a frenzied and inhumane workplace, and delivery drivers not having health insurance during a pandemic,” the New York lawmaker tweeted.

Bezos awarded $100 million each to political commentator Van Jones and chef Jose Andres during a press conference following his trip, telling the pair to donate it to charities and nonprofits.

“CBS This Morning” anchor Gayle King applauded the “jaw dropping” gifts to Jones and Andres on-air Wednesday morning, saying that Bezos “is singling out people who he thinks are doing hard work and doing it with civility.”

But the donation didn’t apparently win over Rep. Earl Blumenauer, an Oregon Democrat on the tax-writing Ways and Means Committee who proposed legislation Tuesday to tax space travel for non-scientific research purposes.

“Space travel isn’t a tax-free holiday for the wealthy,” Blumenauer tweeted. “We pay taxes on plane tickets. Billionaires flying into space – producing no scientific value – should do the same, and then some!”

King, however, defended Bezos — noting that he should be able to spend his billions how he pleases..

“There’s been a lot of talk about all the money that was spent … I love people trying to tell him how to spend his own money,” she said sarcastically.

Meanwhile, some Amazon customers also criticized Bezos’ nod to them for paying for his trip, saying he’s officially lost their business.

“I don’t buy very much from Amazon (certainly not books), but after seeing Jeff Bezos & his gang laugh about his minimum wage employees & customers paying for his trip into space, I just cancelled my Amazon Prime account,” former Amazon customer Jules Swain tweeted Tuesday, later calling Bezos “despicable” in a follow-up post.

Back to Top
Close
X
Two-thirds of likely voters say VP Harris not ready to be president, poll shows…United StatesVia Inquisitr: A new poll from the Convention of States Action and Trafalgar Group found that the majority of likely voters don't believe that Vice Pr…

X
‘Bald-Faced lie’: Snowden confident that even Biden’s Phone co…United StatesSputnik The NSO Group says that it is technologically impossible to spy on phone numbers with a +1 country code as well as foreign ones operating with…