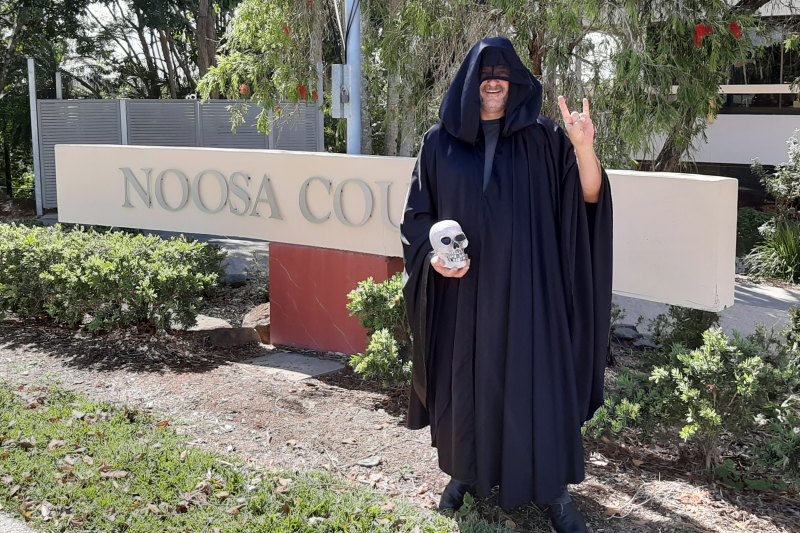 Satanists are crying foul about their human rights being breached after being refused access into Queensland state schools to teach religious instruction classes.

The Noosa Temple of Satan has challenged a Queensland Education Department decision in the Supreme Court to stop its members teaching classes about the devil, seeking a ruling the group is a religious denomination.

After parents at several schools officially asked for their children’s religion to be recorded as Satanism, Noosa Temple of Satan member Trevor Bell submitted forms in February to become a religious instructor at the Centenary and Sunshine Beach state high schools and Tewantin and Wilston state schools.

But in March, Education Department state schools deputy director-general Peter Kelly rejected the request, telling Noosa Temple of Satan founder Robin Bristow the Department had decided the Temple was not a religious denomination or society.

“From statements publicly attributed to you, the department understands that the Temple was established in response to the Australian government’s proposal for a religious discrimination bill and that most of the people who follow Satanism, do not believe that Satan exists,” Mr Kelly wrote.

“Accordingly, the department considers there is a real question whether the Temple’s true purpose is political as opposed to religious.

“There is also limited evidence to demonstrate that the Temple has sufficient membership in order to be regarded as a denomination or society.” “We do not know the proportion of Satanists who believe in Satan and neither does the Department,” he wrote.

“There are no doubt millions of nominal ‘Christians’ who do not believe that Christ was the son of God.”

Back to Top
Close
X
Your bed may be a germ-filled petri dish, microbiologist warns…Last PostYour bed is likely the comfiest spot in your home. Unfortunately, it may also be one of the germiest as well, a microbiologist in London warns. In a n…