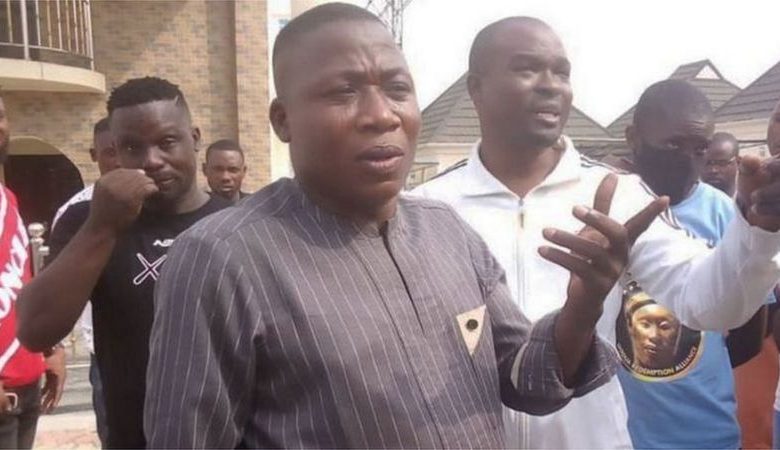 Yomi Aliyu, a senior advocate of Nigeria (SAN), who is the lead counsel to Sunday Adeniyi Adeyemo, popularly known as Sunday Igboho, says his client ‘wept like a child’ when he spoke with him on phone.

According to Aliyu in a statement on Tuesday, he spoke with Igboho, a self-acclaimed Yoruba activist. He expressed fear that Igboho might die in captivity.

Recall that Igboho was arrested on Monday night in Cotonou, Benin Republic, on his way to Germany.

He had been declared wanted by the Department of State Services (DSS) after his Ibadan home was raided pre-“Yoruba nation” rally in Lagos State, South-West Nigeria.

According to Nigeria’s secret police, it accessed Igboho’s house “based on intelligence that he had stockpiled arms in the place”. DSS displayed guns and charms that were recovered from his home, while two of his adherents were confirmed dead.

The lawyer said the authorities in Cotonou subjected his client, 48, to inhumane treatment, adding that he is in “serious” pain.

“They chained him in the cell where they put him in Cotonou. There was a fracas at the airport yesterday when he was arrested. They hit him in the hand and that same hand was handcuffed, he is in pain and he was weeping like a child when I called, I heard him,” Aliyu said.

“The wife too was put in a separate cell but they didn’t chain the wife. He was crying, the wife was crying too. He was writhing in pains seriously. We only pray they don’t pay anybody to kill him. You don’t put somebody in a cell and still chain the person.

“You know he sustained an injury and they didn’t take him to hospital for treatment. We heard that he is appearing in court tomorrow (today, Wednesday) but I don’t know whether that will carry it out.”

“Now, Article 20 of African Charter on Human and Peoples Rights to which the four countries are signatories made agitation for self-determination a fundamental right to be protected by all countries,” Aliyu said.

“This made chief Sunday Adeyemo a political offender who cannot be deported and/or extradited by the good people of the Republic of Benin for any reason.”

X
Yoruba indigenes in Cotonou foiled attempt to fly Igboho back to Nigeria – Lawye…RifsRipples By John Chukwu Yomi Aliyu, the lawyer to embattled Yoruba Nation agitator, Sunday Adeyemo aka Sunday Igboho, on Wednesday, explained how the a…