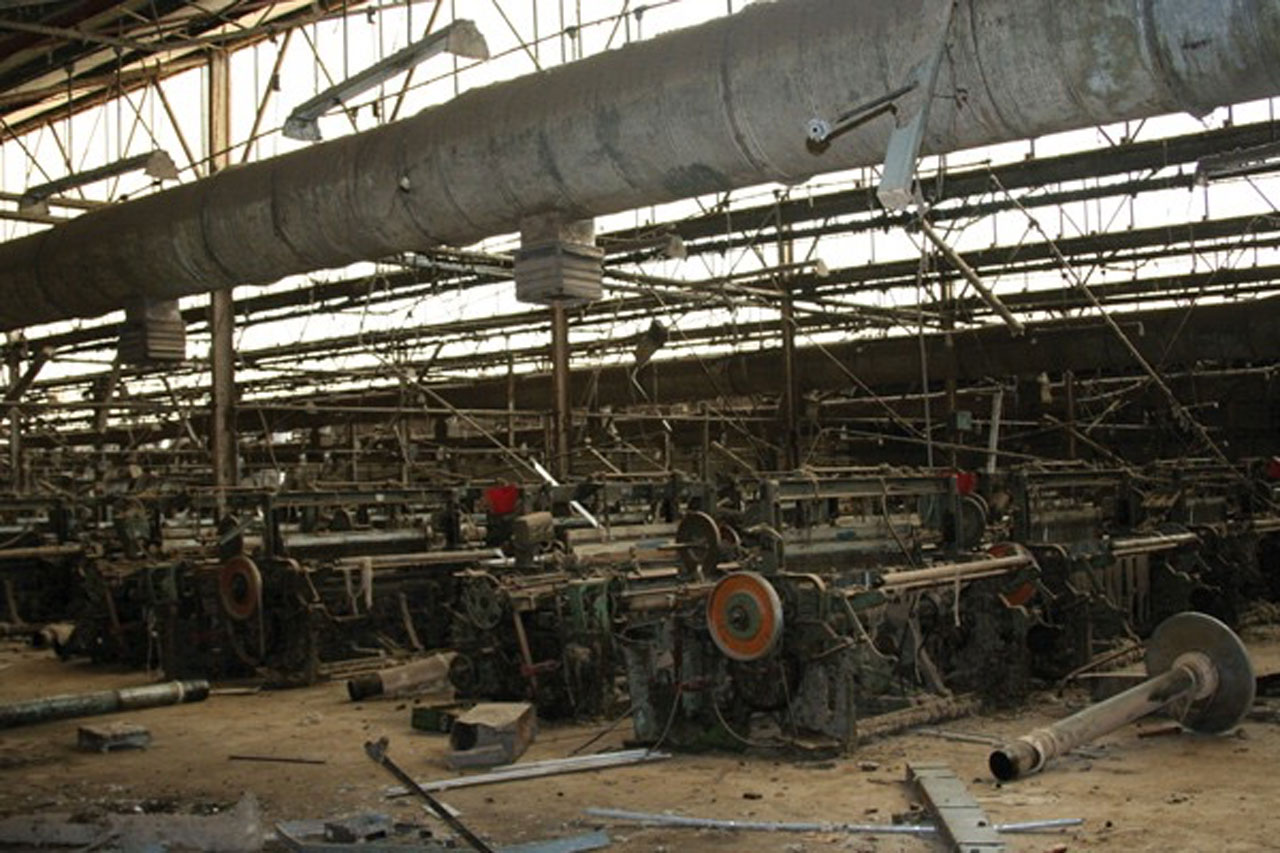 The GuardianIrked by the state of the textile industry in the country, officials of the National Union of Textile Garment and Tailoring Workers of Nigeria (NUTGTWN) have warned the 19 Northern governors against selling the comatose Kaduna Textiles Limited (KTL).

The textile union leaders also challenged the Federal Government to be more committed to the revival of the industry by ensuring that every Nigerian patronises locally-made fabrics. They urged President Muhammadu Buhari to lead by example.

Besides, the union leaders called for the revival of the Kaduna textile industry and asked the Northern governors to pay the outstanding entitlements, amounting to N687 million, owed laid-off workers.

The NUTGTWN President, John Adaji, yesterday, said the laid-off workers had suffered untold hardship following the non-payment of their entitlements.

Adaji said: “The union’s attention has been drawn to a plan to sell some of the assets of KTL. We shall mobilise our members and take all legal means to stop the sale of the company’s assets without settling the outstanding benefits of the workers in line with the court order since 2005.

“On the occasion of this year’s Eid-el-Kabir, we wish to reiterate our call on the Northern governors to take necessary steps to revive KTL. The union is ever ready to support any effort to resuscitate KTL, including sourcing for investors willing to invest in the company. However, in the meantime, the settlement of entitlements of the workers amounting to N687, 073,346 should be given urgent priority.

“These workers have suffered untold hardship due to lay off without pay. Urgent settlement of their entitlements, including a support to them and their families, will go a long way in reducing their burden and alleviate their increasing destitution, poverty and desperation. KTL is the oldest textile company in Nigeria and, indeed, Africa and the proud legacy of the late Sardauna of Sokoto, Sir Ahmadu Bello.

“Textile industry remains the key driver of sustainable jobs and development for most national economies of developing nations like Nigeria. We commend the practical initiatives and efforts by the federal government to revive the cotton, textile and garment (CTG) sector as part of the effort of the current administration to diversify the economy and create mass employment.

“The Nigerian CTG sector can transform Nigeria’s rural economy and revive the textile and garment industries by creating mass decent employment, improve internally generated revenue across three tiers of government, reduce over $4 billion import bill incurred annually on textile and apparel according to the CBN and help the country safeguard and earn foreign exchange. A revived textile industry provides sustainable jobs and living wages as well as necessary revenues for the government to provide the needed infrastructure for development.”

Adaji reminded Buhari of his campaign promise to revive the textile industry, saying that Executive Order 003, which mandated government agencies to spend more of their budgets on locally-produced goods, would help in the recovery of the textile and garment industry if fully implemented.

“But there is still a huge gap between policy pronouncement and policy implementation. We once again call on the relevant agencies of government to make Executive Order 003 a reality by patronizing locally produced textiles”. He added.

Adaji also said that Nigerians should stop paying lip service to the revival of the textiles industry in the country when they continue to patronise the locally made fabrics.

“The President should lead by example by always appearing in public functions in Nigeria-made fabrics. When all Nigerians see our President in our local fabrics always, they will follow suit in always appearing in it. This will be the beginning of proving that we are serious in reviewing the industry”.

Meanwhile, the union leader lamented rising cases of insecurity, saying: “This year’s Eid-el-Kabir also comes against the background of worsening insecurity in virtually all parts of the country as we continue to witness rising cases of kidnapping, armed robbery, banditry and terror attacks which most of the victims are the poor working men and women in the farms, workplace, home, places of worship, teachers and schoolchildren.

“The point cannot be overstated, the state exists primarily for the protection of lives and property and ensuring the wellbeing of the people. To this extent, we call on the government at all levels to rise to the challenge of insecurity in the country. Security agencies must revisit their strategy and take proactive measures to secure all Nigerians”.

This story first appeared in The Guardian

Back to Top
Close
X
Obi Cubana: I couldn’t get a job after NYSC…More RifsBy Rejoice IIiyaBillionaire businessman, Obinna Iyiegbu, popularly known as Obi Cubana, says he could not secure a job after he completed the National…

X
How my kids, sister died one after the other — Dad of 10 siblings killed by food…More RifsDaily Trust Few weeks ago tragedy struck Jangeme village in Gusau Local Government Area of Zamfara State when 10 siblings died after taking a poisonou…