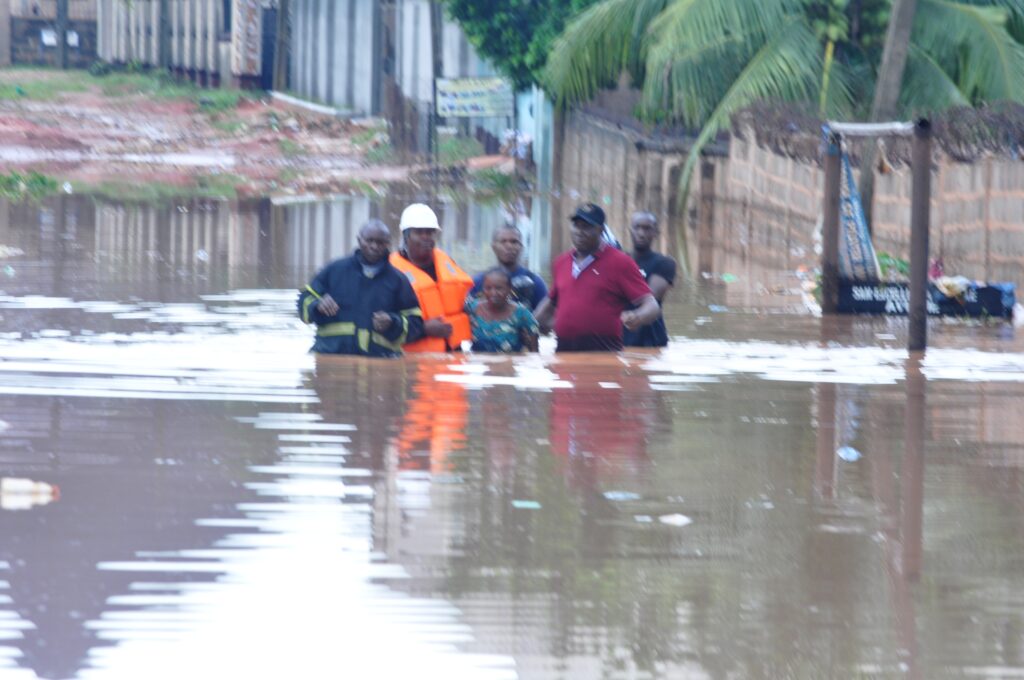 The Nigerian Meteorological Agency (NiMet) has explained why some parts of Lagos, especially the Lagos Island were flooded.

The NiMet also said the flood confirmed it’s earlier climate event predictions in Lagos and some parts of Nigeria.

Recall that the heavy rain that occurred on the 16th of July 2021 in Lagos state and environs, flooded the state and wrecked a yet to be financially quantified havoc accompanied by flood with properties such as vehicles and buildings washed away.

According to Muntari Yusuf Ibrahim, the General Manager, Public Relations, NiMet on the 14th of July 2021 made a 3-day forecast and predicted “cloudy skies over the Inland and the coastal cities of the South with chances of rains over parts of Rivers, Cross River and Akwa Ibom, Anambra, Ebony, Enugu, Ekiti, Oyo, Osun, Lagos, Bayelsa, Cross River and Akwa Ibom states.”

He said NiMet further made forecasts which suggested flashes of rains which it shared on NiMet’s facebook and YouTube channels.

NiMet explained that the “the Synoptic Causes indicated the presence of very deep vertical extent of moisture and moisture laden winds up to about 3000m (700hPa) level in the atmosphere coupled with instability vortices and trough lines.”

The features NiMet indicated are usually accompanied by monsoonal rains otherwise referred to as continuous rainfall.

“The scale of these rains has been getting stronger spatially and temporally, hence leading to high impact and extreme weather events” it said.

NiMet further explained that “on July 16, 2021, according to the Nowcasting Satellite Application Facility (NWCSAF), pockets of mesoscale convective systems started developing over the Atlantic Ocean. The systems grew bigger, expanding northward and slowly moving westwards, making landfall over Lagos and its environs. The system further intensified, became quasi-stationary and started to produce rainfall” hence the flooding that happened.

This Story First Appeared At The Daily Trust

Back to Top
Close
X
‘Sunday Igboho chained like animal to be slaughtered in Cotonou’ – Lawyer cries out…In the NewsDaily Post Yomi Alliyu, counsel to Yoruba nation agitator, Sunday Adeyemo also known as Igboho, has alleged that the agitator has been chained like an…

Why Lagos was flooded – NiMet

X
Use your influence to free Igboho, protesters urge Yoruba traditional rulers…In the NewsTribune  Youths, on Wednesday, stormed major streets and neighbourhoods in Ibadan, the Oyo State capital in a peaceful protest, demanding the release …