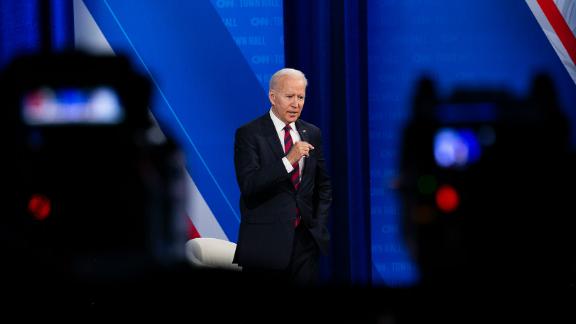 President Joe Biden had strong words for people questioning the seriousness of the January 6 Capitol insurrection.

“I don’t care if you think I’m Satan reincarnated. The fact is you can’t look at that television and say nothing happened on the 6th and listen to people who say this was a peaceful march,” said US President Biden on Wednesday at a CNN town hall in Cincinnati, Ohio.

Biden was responding to moderator Don Lemon’s question on whether he had confidence Republicans and Democrats could work together, given that the two sides were having trouble bridging the bipartisan divide in investigating the Capitol insurrection, per AP.

A 13-member committee — including Democrats and Republicans — was mooted last month to investigate the attack on the US Capitol on January 6 that killed five people when Trump supporters stormed the building.

Pelosi questioned if the two nominees  — Indiana Rep. Jim Banks and Ohio Rep. Jim Jordan — would compromise the integrity of the probe. In the hours after the Capitol insurrection, the two voted to overturn election results. They are also vocal supporters of former US President Donald Trump.

“With respect for the integrity of the investigation, with an insistence on the truth and with concern about statements made and actions taken by these members, I must reject the recommendations of Representatives Banks and Jordan to the Select Committee,” said Pelosi in a statement seen by AP.

In response, McCarthy threw down the gauntlet and said Republicans would not participate in the probe if Democrats did not accept the people he picked.

“I stand by what I said,” Biden told Lemon. “Never before has there been an attempt by state legislatures to take over the ability to determine who won — not count the votes, determine who won.”