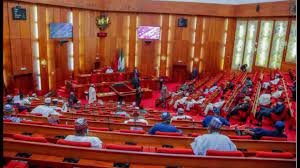 The Senate has uncovered how officials of the Office of Accountant-General of the Federation made Nigeria lost a difference of $274.2 million (N54.1bn) on external loan in 2015.

The revelation is contained in the report of Senate Committee on Public Accounts on the account of the Federation.

The committee had been investigating expenditures of federal government agencies from 2015 – 2018 based on an audit report by the Auditor-General for the Federation.

The panel presented the report of its six-month investigation on the Federation Account for the year 2015, which was approved by the Red Chamber before proceeding on annual recess last week.

The audit report, titled “inconsistent exchange loss difference on external loans”, said: “During the examination of Note 51 and Appendix to Note 52, it was observed that there was a total exchange loss difference of $278.2 million (N54.1bn) reported by the Office of the Accountant-General of the Federation in the document provided but this could not be found in the Debt Management Office (DMO) document.

“Also, the criteria for arriving at the exchange loss difference of $274.2 million (N54.1bn) were not disclosed.”

The Accountant-General of the Federation, according to the report, maintained that the closing balance is as provided by DMO while the exchange difference of $274.2 million (N54.1bn) was as a result of multiple currencies that were involved and single exchange rate.

The Senate, in its resolution, asked the Accountant General of the Federation, Ahmed Idris, to identify the officials responsible and sanction them for mismanagement of public fund in accordance with financial regulations and for gross misconduct.

X
Despite aggressive revenue drive, FG suffers N1.4tn shortfall…More RifsBetween January and May 2021, the Federal Government recorded a revenue shortfall of N1.4tn, an analysis of the Medium Term expenditure framework and …